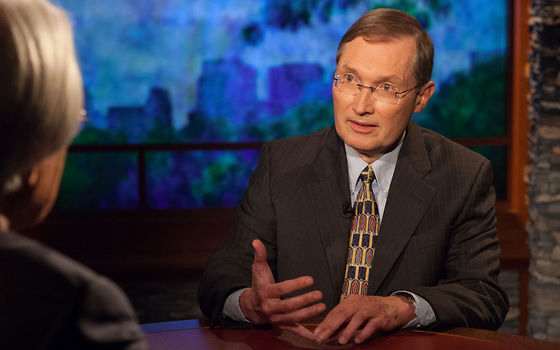 There has always been a "deep state," as Mike Lofgren described it in a compelling essay recently published at BillMoyers.com -- a predatory consensus of money and political ideology that serves only its own endless growth and functions in pristine autonomy from any sort of democratic process -- but defining it begs an enormous question: Can we actually build a world that isn't run by its shadow interests?

And what is this going to take? Can good will and big principles stand up to Wall Street and the Washington consensus? Perhaps even more to the point, if it's even possible, how much time do we have before war and climate change rip the human experiment to shreds?

The significance of Lofgren's thesis is that we have to look well beyond the known world of governmental procedures, the electoral process and the mainstream media to begin effecting serious change. All of this has been effectively gamed and controlled by the deep state's interests. In other words, no matter how broke or paralyzed by partisan bickering the country is, there's always money available, without controversy or opposition, for war and overblown "security."

In recent years, as Lofgren points out, while headlines blared "austerity" and "debt ceiling" and "budget crisis," while our infrastructure was collapsing and schools were closing, the resources were available to overthrow the Gaddafi regime in Libya; help keep a civil war going in Syria and fund or engage in aggressive activities all over the planet; militarize local police departments; and finance a massive security state. None of this was subject to the least sort of democratic discussion. To the extent any of this was reported, it was reported as a done deal.

"Yes," Lofgren writes, "there is another government concealed behind the one that is visible at either end of Pennsylvania Avenue, a hybrid entity of public and private institutions ruling the country according to consistent patterns in season and out, connected to, but only intermittently controlled by, the visible state whose leaders we choose."

He defines the deep state as a vast amalgam of government and corporate interests: Wall Street and Silicon Valley in league with the departments of Defense, State and Homeland Security, along with the Justice and Treasury departments, the CIA and much more.

This amalgam, he writes, "floats freely above the gridlock between both ends of Pennsylvania Avenue," bringing us "drone strikes, data mining, secret prisons and Panopticon-like control on the one hand; and on the other, the ordinary, visible parliamentary institutions of self-government declining to the status of a banana republic amid the gradual collapse of public infrastructure."

More than half a century ago, a departing President Eisenhower called the beast the military-industrial complex and urged us to watch out for it. This was impossible, of course. The deep state was entrenched, plugged into the money flow and, lacking serious political or big media challengers, could only grow. It didn't even have to win the wars it engaged in or present the public with actual success. Fear, obfuscation, patriotic appeal and inertia have been sufficient to keep the rest of the nation in check.

The deep state rolls on, oblivious to the harm it causes. Unchecked by regulation or any sort of old-fashioned integrity, it poisons the environment and consumes our dwindling global resources with impunity. It's accountable, seemingly, only to reality itself: Once the global ecosystem collapses, everyone loses.

So here we are, fellow citizens of the world. We're all caught in the paradox, both horrified by and, to some extent, temporarily benefiting from the situation. While the matter appears to be impenetrable, I do not write these words with pessimism, if only because pessimism -- despair -- serves inertia and, therefore, the deep state.

My faith is that conscious effort will ally with necessity and the human race will wind up transcending the smallness of its current governing vision: the nation-state, capitalism, a culture based on domination. Millions of people around the world are already open to a larger vision of our presence on this planet and many have devoted their lives to opposing war and the countless ways we're wrecking our physical and spiritual habitat.

The victories seem small compared to what's at stake, which is the future, and compared to the financial and political enormity of the opposition: the deep state and its interest in fomenting conflict and expanding militarism. We live in a socially and environmentally unstable world. Ukraine is now the focal point of unrest and the deep state's spokesmen are rallying to this latest opportunity for war, no matter the consequences.

But war is not inevitable, neither this one nor the next one. The deep state has been outed, its real interests becoming ever more transparent. No matter what happens in the short term, this is not the time to let up.