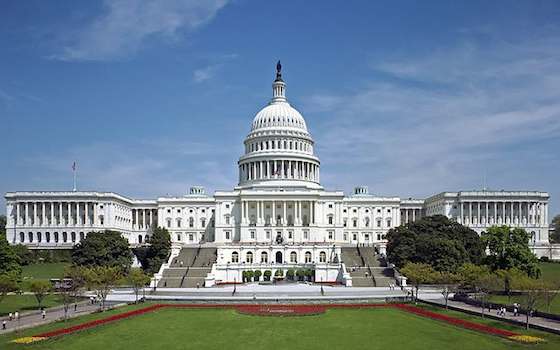 In terms of public interest in elections, the voting for members of in off-years, when no presidential candidates are on the ballot, is historically low. The stakes generally seem not very great, and familiarity breeds success for incumbents, who are re-elected at a rate of about 90 percent.

The same is likely to be true this November, even as the major political parties and independent special interest groups are focusing frantically on the outcome. They're pouring uncommon amounts of time, money and advertising into the primary elections that are choosing their nominees for the fall voting.

For the Republicans and their allies, the so-called midterms are seen as a golden opportunity, considering President Obama's slipping popularity and the continued controversy over his health-care insurance law. They hope to capitalize on both factors to take control of the and increase their majority in the House.

For the same reason, the Democrats and their supporters know they will face a deep well of gloom if they cannot beat the odds and somehow survive the November midterms. More losses would further imperil Obama's final two years in the Oval Office, and the specter of a lame-duck presidency hangs over him and his party.

All 435 seats in the House are at stake. But in the , more Democratic than Republican seats are up for grabs, 21 to 15. With a gain of six, Republican Minority Leader Mitch McConnell of Kentucky, up for re-election, could become majority leader and even more of a thorn in the president's side than he already is.

McConnell, despite a challenge from prominent conservative Louisville investor Matt Bevin in Tuesday's Republican primary, was easily renominated with 60.2 percent of the vote. McConnell led a parade of establishment incumbents who also turned aside challenges from the tea party and other insurgent groups in Pennsylvania, Georgia, Idaho and Oregon.

The pattern continued a trend this spring of Republican incumbents, most of them conservative but more moderate than their challengers, seeking to quell a tide of right-wing dissatisfaction threatening to wrest control of the party. In earlier primaries, some proponents of extreme views had cost the chances to oust Democratic incumbents. Republican incumbents now hope to deal the tea party movement a death blow, but in the process some have made accommodations with it, moving toward a more homogenous .

While the establishment Republicans are thus occupied, the Democrats are focusing their efforts on arousing their base among women and racial and ethnic minorities with an eye to boosting the traditionally tepid voter turnout in midterm elections.

The challenge is to replicate to some major degree the heavy advantage Obama enjoyed among these segments of the electorate in his 2008 and 2012 victories. Right now it seems a very steep hill to climb, with Obama himself preoccupied with a still-struggling economy at home and a world of woes abroad, from the Middle East to new unrest and uncertainty in Eastern Europe.

As a second-term lame duck, Obama's already tough task of generating Democratic enthusiasm for the midterm elections is also undermined by premature public attention to the 2016 presidential campaign.

The heavy speculation already about Hillary Clinton as a prospective frontrunner for the Democratic nomination, and about the possibility of former Florida Gov. Jeb Bush seeking the Republican nomination, threatens to eclipse this fall's midterms among average voters.

Unless Democrats can be persuaded that voting in the congressional and senatorial elections is of critical importance to give Obama more time to address the challenges he and they profess to be committed, his final two presidential years may be just more of the same partisan stalemate now being endured.

That outcome, to be sure, would be a tardy fulfillment of what McConnell said was his objective during Obama's first term, when he vowed to make him a one-term president through single-minded opposition. The only difference will be that it will have taken two terms to get the job done.