Congressional Districts with the Youngest and Oldest Voters 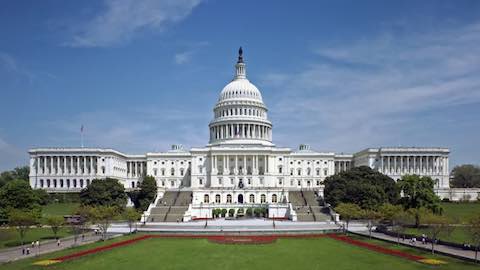 Congressional Districts with the Youngest and Oldest Voters

Demographics paint a statistical picture of the place they measure. All these numbers and figures combine to help predict the types of people you might meet and things you might see -- everything from lots of good ethnic food to how politically active citizens tend to be.

In the U.S. House of Representatives, states are proportionally represented based on population. Each state is broken into a corresponding number of congressional districts, 435 in total. The constitution mandates that each district have similar populations, a number which hovers around 700,000 today. This is to ensure fairness and equality across all districts, and therefore equal representation for every citizen.

While they are similar in population and drawn to prevent minority vote dilution, the age of voters in each district varies widely. To find out what significance the age of voters in a given district might have, FindTheHome analyzed American Community Survey data from 2014's 5-year rolling estimates to rank each district by median age. Then, we used GovTrack.us data to find the current party affiliation of each district. Combining this information with Graphiq visualizations, we analyzed the potential factors behind the median age in these districts and did some original research to find out what impact age might have on voters. Considering our findings alongside studies from the U.S. Census Bureau, Pew Research Center and Gallup, we discovered that median age may have an impact on political participation throughout congressional districts.

Analyzing our data, we observed that Florida dominates the nation's top 10 oldest congressional districts, ranking 1st through 8th oldest in the nation.

As a popular spot for retirees from the East Coast and Midwest, Florida has a significantly higher percentage of their population over age 65 than the U.S. average. Thus, the high median age throughout Florida's congressional districts is relatively unsurprising.

Regardless of its beaches and temperate weather, Florida's age demographics are remarkably skewed -- as our ranking of youngest congressional districts shows, no state is featured as prominently.

On the opposite end of the spectrum, California, Texas and Utah take up nine of the top 10 youngest congressional districts. Utah's Congressional District 3 is the youngest in the nation, with a median age of just 27.6 years old. California is the most featured state in the top 10 with four districts, followed by Texas with three and Utah with two.

Though California arguably earns the label of millennial utopia, claiming eight districts in the top 20 youngest, the age makeup of its districts isn't as disproportionate as Florida's.

Marriage frequency and cost of living in these states may also help explain trends towards younger congressional districts. In Utah, more than half the population is married and the percentage of citizens who have never been married is lower than the national average. Higher marriage frequency may indicate that future generations of voters are more numerous in such states.

Finally, the lower median age in congressional districts may be influenced by cost of living and avaliable lifestyle. Desirable metropolitan living in Texas tends to be much more affordable for young people than in other areas of the country.

Many studies have shown that as people age, their political preferences tend to become more conservative. One Gallup poll found that GOP candidates are significantly more popular with Americans in their 40s and above. Interestingly, there seems to be little correlation between the political orientation of congressional districts and the median age of voters in them.

However, age does impact other political behaviors, such as voter turnout rates.

Statistics show that younger people are significantly less likely to vote, even in presidential elections.

Though young people are less likely to vote, a trend towards higher engagement does seem to be materializing. One study by the U.S. Census Bureau found that voting rates among 18-24 year olds in the 2008 presidential election was the highest it had been since the 1976 election.

Factors such as cost of living and available lifestyle may be correlated to median age in congressional districts. However, it does not appear that median age can be used as a predictor of a congressional district's party preference. Whether a red state or a blue state, median age speaks volumes about how a district interacts with government. Studies show that older citizens are more actively engaged in politics, and that younger ones are less likely to vote. Median age of a district could contribute to whether people there are likely to participate, or not. Nonetheless, turnout trends indicate that as the people in these districts age, they too will participate more readily.

Politics: "Congressional Districts with the Youngest and Oldest Voters"