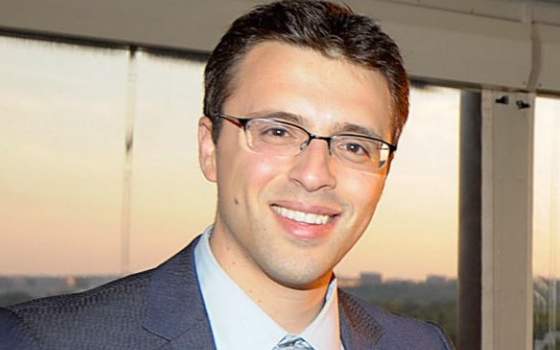 "If all you have is a hammer," the old saying goes, "everything looks like a nail." Left unsaid is the fact that the real problem isn't the possession of a hammer, but the certitude that all you need is the hammer. In other words, it's a failure of the imagination -- which is a kind of arrogance -- that's really to blame. "I've got my hammer, and that's all I need. Besides, have you ever seen a problem that didn't look like a nail?"

This is a version of what academics call "confirmation bias" -- the tendency to accept only the facts that buttress your closely held views. It's a hot topic these days. Ezra Klein, a young liberal writer, has launched a news website, Vox.com, that purports to be the vanguard of something called "explanatory journalism" (which is something of a redundancy, like culinary cooking or belligerent war). In his inaugural essay, Klein argues that conservatives and liberals alike are prone to confirmation bias, which he is here to fix.

This is a very old idea.

Legendary journalist and one-time progressive intellectual Walter Lippmann argued the same sort of thing nearly a century ago. Like many progressives, Lippmann was an often deeply ideological advocate of purging competing ideologies from public life. We needed "disinterested" servants who were free of the partisan or ideological bias.

The problem, as we discovered, was that disinterested public servants were deeply interested in their jobs and expanding the power of the state. The government was their hammer and we the people were the nails.

That went for newspapers, too. Lippmann wrote that "good reporting requires the exercise of the highest of scientific virtues." Klein's effort seems like a newer version of the same thing. It has slideshow presentations telling the reader, for instance, "Everything you need to know about the Internet" (Al Gore sort of did invent it after all). Even his introductory essay, "How politics makes us stupid," focused heavily on what he finds to be conservative examples of confirmation bias, but Mr. Klein couldn't muster much of an effort to find examples of liberal confirmation bias.

At least he concedes it exists. Even that much of a concession New York Times columnist Paul Krugman cannot abide. He insists conservatives are more prone to confirmation bias because he and all the liberals he knows are so much more open-minded than conservatives.

It's not that he's liberal, he's just right. Or as Krugman once put it, "the facts have a liberal bias."

Such arrogant groupthink not only leads to bad policies, but it reinforces a mass psychology that simply takes it for granted that liberals have sole access to the Truth. It's like having God on your side without having to believe in God.

Other times, the truth-is-liberal crowd thinks it's OK to use government to punish the un-liberal philistines. No agency is supposed to be more disinterested than the , but it appears that Lois Lerner considered neutrality to be something reserved for her ideological tribe.

And sometimes this stuff spills out into the culture. As defenders of Brendan Eich's defenestration from Mozilla are right to note, the government didn't force him out. The company merely exercised its rights in a free society. The same goes for , which rescinded Ayaan Hirsi Ali's invitation for an honorary degree because she's considered politically incorrect for her criticism of Islam.

But the liberal tribe seems to champion such freedoms only when they line up with its own worldview. You can have all the freedom and autonomy you want, so long as it yields progressive ends. But if you don't want to bake a wedding cake for a gay wedding, or if you're a nun who doesn't want to pay for something you don't need and are morally opposed to, that's too bad. The right to be wrong, in liberals' eyes, is a right only liberals should have, even if, like Paul Krugman, you never need to exercise it. And, all too often, when you are wrong, that's when liberals bring out their hammers.