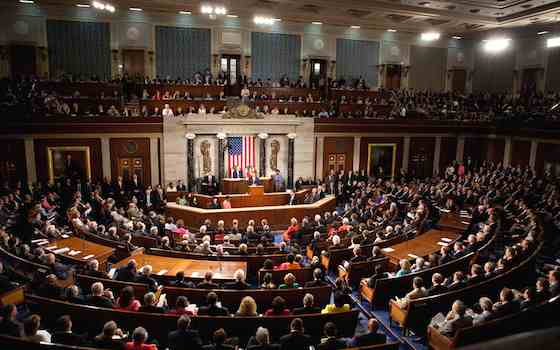 Probably no single episode did more to assure President Obama's 2012 re-election than that supposedly private fundraising lunch at which Mitt Romney famously declared that "47 percent of Americans" would never vote for him.

The remark, unexpectedly captured on video, spread swiftly the Internet and the airwaves, marking the hapless Mitt in his own words as an elitist icon of the rich, unable or unwilling to comprehend how the other half of America lives. He further drove the 47 percent away by painting them as captives of government handouts and social welfare programs.

In the current run-up to November's critical midterm congressional elections, the Democrats probably wish they still had Mitt Romney to kick around, although a more moderate and cautious version appears to have settled into the presidential losers' club. Nevertheless, the Dems' hopes of turning aside the Republican drive to increase their control of the House and seize a majority may well depend on keeping the passions of class warfare burning, at least in terms of fanning the old partisan resentments.

Accordingly, the self-styled Party of the People is peddling a menu of lower- and middle-class issues, from a higher minimum wage and extended unemployment benefits to immigration reforms, while continuing to accuse the Republicans of casting the Dems' prized social safety net as no more than taxpayer-paid bribery for support at the polls.

The old class-warfare argument game consequently is played by both sides, as seen currently in the heated debate over income inequality. The Democrats lament huge executive salaries and bonuses built on the backs of fewer workers delivering higher productivity; the Republicans rail against union attacks on the entrepreneurial dream.

It all comes down to the proper role of the federal government in managing the nation's economy, as it has ever since Franklin D. Roosevelt's New Deal agenda of the 1930s that introduced economic and social experimentation into the mainstream of American domestic policy amid the Great Depression.

FDR's mantra of trying whatever worked to pull the country out of it, along with the bitter class conflicts in the emerging organized labor movement, created a dichotomy of entrepreneur against worker in the factories. Labor peace was long in coming and hard won, and class warfare, while tempered, endured.

The allegiances along party lines were inevitable, considering the early Federalist, Whig and ultimately Republican identification with the business, banking and manufacturing interests, and the early and continuing Democratic identity as the party of the "working stiff." The fight for the fruits of the labor involved led to the labor movement, which expanded during World War II but eventually has fallen into decline along with the manufacturing sector of the economy.

Still, the basic class warfare has continued, with each major party depending on or clinging to its historical roots as best it could. The social safety net that grew out of mostly Democratic initiatives such as and inevitably paid political benefits to that party and built up lasting loyalty. At the same time, the Republican defense of free enterprise against intrusions and regulation by the federal government cemented the support of big and small business for the .

The battle, ideological and political, over the role of government, either as champion of the business or working class, or as referee between the two, has been highlighted and magnified in the last few years by President Obama's Affordable Care Act. Obamacare can be seen as a class-warfare issue, a clear case of a massive governmental involvement for the benefit of the poor and elderly.

The Republicans obviously are hoping Obamacare will dominate the midterm campaign debate. But the Democrats will strive to make income inequality their own class-warfare battleground, trying to swell the turnout of their minority and ethnic constituencies, traditionally less likely to vote in midterm elections.

Voters therefore should be prepared to hear the wails of divisive class warfare from both parties this fall, as each blames the other for lowering the level of the level of the debate -- and they'll both be right.