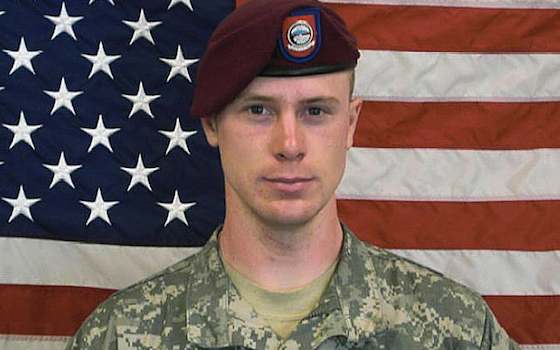 U.S. President Barack Obama recently agreed to the release of five Taliban leaders from Guantanamo Bay prison in exchange for an alleged U.S. military deserter. It's great trade for the soldier, Sgt. Bowe Bergdahl, who will be reunited with his loved ones back in America. Nonetheless, it's a bad precedent for America.

Obama said he expressed his personal gratitude to Qatar for having negotiated the Bergdahl swap. What could possibly be in this deal for Qatar?

In June 2013, Qatar hosted talks between the U.S. and a Taliban delegation that also represented the Haqqani network, which was holding Bergdahl in Afghanistan. declared the Haqqani network a terrorist organization in September 2012, but the terror group was nonetheless present at the table.

The leader of the Haqqani network, Jalaluddin Haqqani, was an Afghan guerrilla commander who made his name fighting against the Soviets in Afghanistan in the late 1980s as part of Operation Magistral -- a victory for the Soviet army that came not long after the CIA's own covert war against the pro-communist Afghan government had ended.

Today, a similar dynamic is emerging. Qatar has been marginalized by the Saudis in the due to its funding of asymmetric warfare against the pro-Russian Syrian government. As with Afghanistan of the 1980s, the U.S. wasn't interested in backing terrorists or their sponsors, per se, but was interested in what it could accomplish against the Russian sphere. Today, the U.S. and Russia have competing interests in Syria and Ukraine, to the point of intervention -- with the U.S. demonstrating an increased preference for covert and proxy forces.

It would be easier to dismiss these parallels if the Cold War wasn't reigniting right before our eyes.

However, for those trying to keep tabs on this updated version of the Cold War, the Bergdahl case makes it clear that some traditional warfare parameters have been updated:

Since when are deserters considered captives?

It's one thing to rescue a prisoner of war held captive by the enemy. It's quite another to redefine a POW as someone who decided to abandon their post whatever reason, and that's what Bergdahl is being accused of by various servicemen.

If Bergdahl did indeed desert his unit, it was a strange choice, but his choice nonetheless. Some are claiming that the search for Bergdahl resulted in the deaths of two or more soldiers. There needs to be a clear and unforgiving distinction between "captive" and "Taliban groupie." Just because someone runs away to live in a McDonald's playland foam pit and eat Big Macs all day doesn't mean that he's a prisoner of Ronald McDonald.

Since when does a prisoner of war swap mean releasing unlawful enemy combatants?

The Obama administration sounds as if it's trying to turn the swap of Bergdahl for five Gitmo terror suspects into the equivalent of a POW exchange. Traditionally, POWs are recognizable belligerents identifiable by uniforms, flags national emblems or insignia. Classified Pentagon documents obtained through WikiLeaks indicate that the five Gitmo prisoners involved in this exchange possessed none of the above upon capture; just a multitude of connections to the Taliban, al-Qaeda, the Haqqani network or a combination thereof.

With warfare evolving from state-vs.-state belligerence to ideological warfare in the post-9/11 era, some feel that international law should be updated to offer the same protections to those who can't be bothered to find a logo and some embroidered patches to wear. It used to be that under the Peace of Westphalia treaties, such unlawful combatants were liquidated on the battlefield. More recently, if unlawful combatants were suspected of possessing intelligence that could help prevent future attacks, they were shipped off to Syria or Jordan (for questioning), or to Egypt (for questioning followed by a magical disappearing act).

The middle ground was capturing terror suspects alive and shipping them to Guantanamo Bay, where they would be held until someone came up with a solution that appeased everyone on the planet. That never happened, nor was it ever going to. Eventually, the detainees would have to be released or killed. Apparently, that now means retroactively dressing them up as legitimate prisoners of war to suit the agenda of the moment.

And that agenda appears to be for history to more or less repeat itself by reverting back to the geopolitics of the 1980s.