Back to the Past: Not a Winning Formula for GOP 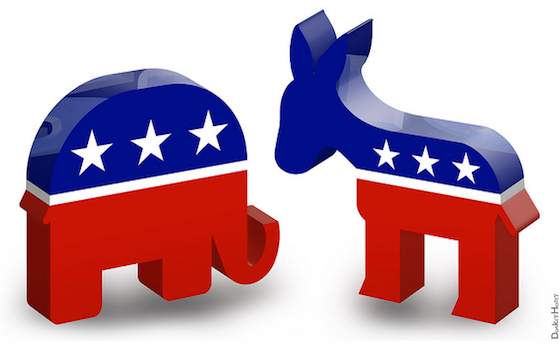 Back to the Past: Not a Winning Formula for GOP (Photo: DonkeyHotey)

Kathleen Willey is back. For people who have forgotten, she is the former volunteer aide to President Bill Clinton who claims he sexually harassed her 20 years ago. She wrote a book about it called ": Caught in the Crosshairs of Bill and Hillary Clinton."

What, you say you didn't read it? Neither, it seems, did most of America, which long ago yawned at Bill Clinton's exploits and Hillary's apparent enabling of his extramarital liaisons.

Willey is telling anyone who will listen that "Hillary Clinton is the real war on women" because of the way she treated her and the other women who accused Bill Clinton of sexual harassment. Remember "bimbo eruptions," a term coined by Clinton aide Betsey Wright, who was charged with monitoring them and then discrediting accusers?

On WABC's Aaron Klein radio show (as reported on the conservative website WND.com), Willey said this about Hillary Clinton: "The point is what this woman is capable of doing to other women while she's running a campaign basically on women's issues. ... She singlehandedly orchestrated every one of the investigations of all these women (who accused her husband of sexual crimes). They're the people reminding us of how sordid this all is."

Willey vowed to "go back to all the sordid details" if Hillary Clinton runs in 2016.

Is this strategy likely to sway many, if any, female votes? I doubt it. People long ago made their judgments on the Clintons and decided his (and her) behavior about infidelity was a private matter. Besides, the rules -- such as they are -- about most matters involving sex, at least for some liberals -- are even looser now than they were 20 years ago.

If conservatives and Republicans think resurrecting this old news will bring them electoral victory against Hillary Clinton, should she decide to run, they are mistaken. Dredging up the past may help them raise money, but it won't raise Republican votes. In fact, such a strategy could backfire as Mrs. Clinton would again be portrayed as a victim by a sympathetic media. Having forgiven her husband, those mean Republicans want to "assault" her again.

Republicans have a lot of problems, but chief among them is that they are known more for what they are against. They hate President Obama, Obamacare, Nancy Pelosi and Harry Reid. Some Republicans don't even like each other. What and who do they like? What are they for? Where are examples of their policies working -- creating jobs, improving lives, lowering deficits and taxes, cutting spending and reducing the size and reach of government? (Hint: States have the answer, not Washington.)

Peter Wehner, former deputy director to the president and a senior fellow at the Ethics and Public Policy Center, writes in : "Out of the last six presidential elections, four have gone to the Democratic nominee, at an average yield of 327 electoral votes to 210 for the Republican. During the preceding two decades, from 1968 to 1988, Republicans won five out of six elections, averaging 417 electoral votes to the Democrats' 113." The country's changing demographics play a part. "White voters, who traditionally and reliably favor the , have gone from 89 percent of the electorate in 1976 to 72 percent in 2012." And the numbers continue to decline for the . Democrats now hold sway over what CNN.com dubbed the "blue wall -- the cluster of eastern, Midwest and western states that have traditionally gone Democratic." These blues states, along with the District of Columbia, total 242 electoral votes.

Kathleen Willey, Monica Lewinsky, Paula Jones and the rest of those "wronged women" are not the key to electoral success for Republicans. Neither is a complete focus on bashing Hillary Clinton. It might make certain conservative Republicans feel good, but it won't win them the in 2016.

Back to the Past: Not a Winning Formula for GOP