Looking at My Calendar 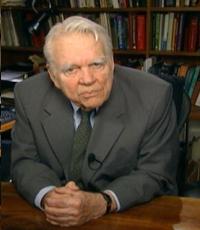 Most days it doesn't matter, but sometimes you can't help noticing what month it is and what day it is in that month.

It's late in May now, and it occurs to me that May is a dull month.

I like December, January, February, July and August, but I'm lukewarm on May. May may be the dullest month for me.

The month also has the fewest number of letters of any other month of the year. However, it is one of the seven months that's 31 days long.

I was looking at my calendar, and one of the reasons I like the month of February is that Abraham Lincoln and George Washington were born then.

I don't actually celebrate Lincoln's birthday but I like having it. We've had 44 Presidents of the United States now and I think Abe Lincoln and George Washington are the best known. Lincoln was assassinated 144 years ago.

In another 144 years, I don't think anyone will be making a big deal out of George Bush's birthday. People certainly won't be getting the day off.

The government foolishly decided to merge the birthday celebrations for George Washington and Abraham Lincoln on the third Monday in February and call it "Presidents' Day."

Washington was born over 100 years before Lincoln and I wonder what Abe thought of George.

Washington and Lincoln are the only Presidents whose birthdays a lot of people take off because Presidents' Day is a federal holiday.

I think Franklin Delano Roosevelt was certainly the best-known President of modern times.

So how come they didn't make his birthday a federal holiday sometime in January? I suppose that in another 100 years we'll forget how many people hated him.

I wouldn't want to have to take a test on our Presidents' dates of birth or specific personal facts about any of them.

I remember reading that Abe Lincoln was 6-foot-4. I don't know how tall Franklin D. Roosevelt was, even though he lived in Albany where I lived so I think of myself as knowing him well.

Of recent Presidents, FDR probably came closest to having his birthday made a holiday.

It would be a burden to have your birthday on a holiday. I don't think we'll get another federal holiday for another one of our ex-presidents anytime soon. We'll certainly never have a Harry Truman or a James Buchanan Birthday Day. I think it's too soon to know if we'll get an Obama day off, either, even though people like him.

I wonder if the idea has ever crossed President Obama's mind? He'd never admit it, of course, but I'll bet it has.

Most big companies give their employees more than a week off each year.

I know CBS has 10 official days off but many people have to work them anyway because the network is on the air 24 hours a day, seven days a week.

There's a lot of overtime.

There's no way of finding out, but I'd like to know how many people hate to have to come to work on a holiday.

I don't think many people mind. I don't.