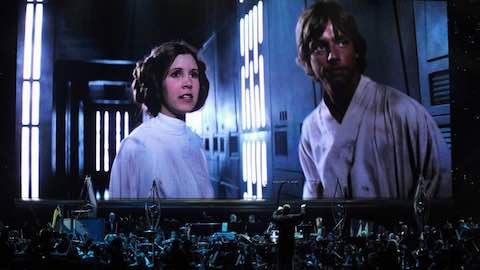 Here's a list that ranks the 50 best movies of all time. The list was generated with Rotten Tomatoes' Tomatometer Score & Audience Score and IMDb's user rating, among other resources. Did your movie make the list?

Ask 100 people to name their top five movies, and you'll get 100 different answers. That's the beauty of cinema: it's an art form that impacts each viewer uniquely. One list will be filled with classic Hitchcock horror; the next with modern, independent dramas and Cannes Film Festival darlings.

Combine all those individual opinions into a single list, however, and you'll likely wind up with a ranking much like the one below. Regardless of whom you ask, the same 50 films tend to emerge time and time again.

At PrettyFamous, an entertainment site from Graphiq, we set out to determine a consensus ranking of best movies. Specifically, we gathered, combined and normalized ratings from four key film authorities across the web*:

4. Gracenote's Proprietary Rating for movies, based on critical scores

Using these figures, we calculated a single score out of 100 for every film in our database, normalized such that the top film received a perfect 100/100.

Notes: Films without a Metacritic Metascore were not penalized. While inflation-adjusted box office gross is not displayed below, classic films like "Gone With the Wind" and "Star Wars" benefitted — movies that not only dominated film culture but earned billions in 2016 dollars.

Classic Films in the Top 10, Modern Films After

Classic, influential films dominate the top 10. "The Godfather" revolutionized the mobster flick, with its meticulous cinematography and timeless characters. "Gone With the Wind" remains one of cinema's great love stories. "Star Wars: Episode IV A New Hope" is among the most important sci-fi fantasy movies ever. “12 Angry Men” stands out for its bold approach to cinematic structure (filmed almost entirely in one room). The only post-1990 films to crack the top 10 are “Schindler's List” and “Pulp Fiction” — and even these were made more than 20 years ago.

Are viewers more likely to praise recent movies, or are films simply getting better? To some extent, both are probably true. On the one hand, our rating sources have better coverage for movies since the '90s. Now that almost every vote, score and opinion gets logged online, it's much harder for a great film to slip through the cyber cracks, and much more likely for a modern film to rise on a swell of viral enthusiasm.

On the other hand, there is more talent than ever in the entertainment industry, with an increasing number of aspiring actors, directors and screenwriters. What's more, new filmmakers have even more resources for getting started. As video recording technology, editing resources and online film distribution channels continue to grow, it's likely we'll see even more creativity and experimentation throughout the next decade.

Pixar nabs five spots in the top 50 — fairly remarkable for a studio with fewer than 20 films to its name. Most of this is well deserved, but Pixar might also benefit from mass appeal, a characteristic typical of good children's movies.

Consider that Stanley Kubrick's iconic “A Clockwork Orange" registers a 90 percent on Rotten Tomatoes, while “Ratatouille" notches a 96 percent. Both are great movies, but in the aggregate, kids' movies might stand at a slight advantage. Dark, controversial movies tend to garner more contrarians and critics, even as they impact the industry in important ways.

Directors Martin Scorsese, Peter Jackson and Steven Spielberg each notch three films in the top 50, more than any other directors.

Scorsese and Spielberg owned the late ‘70s through ‘90s, the former tending toward gritty character studies (“Taxi Driver,” “Raging Bull”), the latter toward big-budget epics (“Raiders of the Lost Ark,” “Saving Private Ryan”). Remarkably, Jackson ties the two legends, earning a top slot for all three entries of the Lord of the Rings series.

Icons like Francis Ford Coppola and Alfred Hitchcock earn only two slots each, which might speak to the recency bias inherent in modern film websites, and to some extent, our methodology. Along the same lines, directing luminaries Orson Welles (“The Third Man,” 1949) and Stanley Kubrick (“Dr. Strangelove Or: How I Learned to Stop Worrying and Love the Bomb,” 1964) earn only one top film apiece.

Perhaps unsurprisingly, drama is the best-represented genre on the list, while fiction favorites like adventure and fantasy appear the next-most frequently.

Note that our genre definitions are fairly liberal. We tag each film with multiple genres, and, as a result, many films are counted more than once in the visualization below.

The explosion of film technology and opportunity may have one downside for filmmakers: It's likely tougher than ever to produce something that stands out from the talented pack. In order for new films to crack the top 50, we'll probably have to see a movie really reshape or disrupt the industry. “Mad Max: Fury Road” might be the best recent attempt, a film that shook up the action genre, with its cinematographic experimentation, confidence in set design and strong female protagonist.

Even so, the film barely missed this top 50 list. Such are the stakes — and the inherent challenge — of breaking into such a prestigious group.

More: The 50 Best TV Shows of All Time

Movies & Movie Reviews: The 50 Best Movies of All Time