'Out of the Furnace' Movie Review 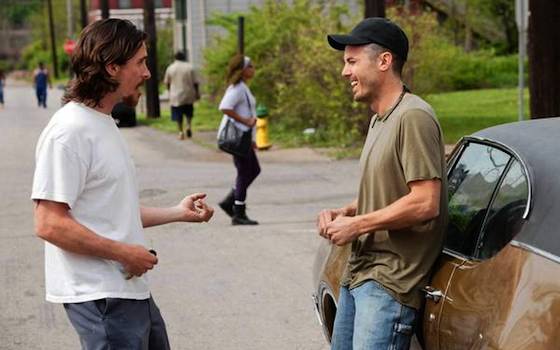 "Out of the Furnace" is a lot of movie, a lot of it good and pungent.

In the first hour especially, its many moving parts keep a sprawling ensemble cast busy and engaged.

Christian Bale and Casey Affleck play Russell and Rodney, sons of a dying Pennsylvania steelworker. Russell has gone into the family business, working in the mill. Rodney enlists in the Army.

An early twist of fate lands Russell in prison. Upon his release, he and his brother, back from a punishing fourth tour of duty in Iraq, must learn to adjust to new versions of their old lives.

Russell's ex-girlfriend, played by Zoe Saldana, now goes around with the mild-mannered local sheriff (Forest Whitaker). Rodney tries to work off his gambling debts (Willem Dafoe plays his bookie) by bare-knuckle boxing in the realm of a vicious New Jersey backwoods gang headed up by Woody Harrelson.

Everyone in Braddock, Pa., and environs knows everyone else's business, and in some cases they know they'd better keep quiet about it.

Writer-director Scott Cooper's debut feature was the simple, satisfying country ballad "Crazy Heart," and if that Jeff Bridges showcase operated like a three-minute song expanded into a full-length movie, "Out of the Furnace" is more like a mournful Springsteen album reimagined for the movies.

The film opens with a grim prologue, barely related to the stories to come. We're in a drive-in, and the Harrelson character commits an act of sexual violence so rough it risks throwing people straight out of the movie. It's effective in one way, certainly: It establishes the casual venality of the story's chief adversary, a meth-addled sociopath thriving in a tough economy where honest workers have criminally few options.

In its setting and portraits of machismo under duress, "Out of the Furnace" recalls the home front sequences of "The Deer Hunter." The actors clearly are enjoying one another's screen company. Sam Shepard is also in the cast, as the brothers' wise old uncle, who joins Russell in his search for the brother who messes with the wrong criminal element.

There is an oddly frustrating showdown at the end of the script's increasingly familiar, predictable and wearying path. Cooper's strength as a writer lies in creating dramatic situations in which there is no simple matter of right or wrong at stake; often, it's a matter of two rights. So why does the picture settle, in the end, for good-versus-evil revenge? Audiences demand such things, I suppose. But audiences are open to other sorts of depictions of the American working class. They simply need some help finding movies that come and go in a flash, such as the recent, ambitious "Place Beyond the Pines," which married melodrama with sociology in ways "Out of the Furnace" cannot reach.

It's the little things we take home with us, such as the handwritten menu above the bar in the local tavern ("We Have a New Fried Hot Sausage Sandwich"). The big things, such as the cross-cutting between a deer hunt and the grisly demise of a major character, betray a heavy hand. Yet Affleck, in particular, finds something fierce and noble in uneven material and in his character's rage. He's not like any other actor in American movies. "Out of the Furnace" has four or five actors of which you could say the same.

"Out of the Furnace" Movie Trailer

About "Out of the Furnace"

"Out of the Furnace" is a drama starring Christian Bale, Casey Affleck, Zoe Saldana, Sam Shepard, Woody Harrelson, and Forest Whitaker. Watch as one man fights for the life of his brother after he gets involved in a dangerous crime ring.