By Jessica Ferri (The LineUp) 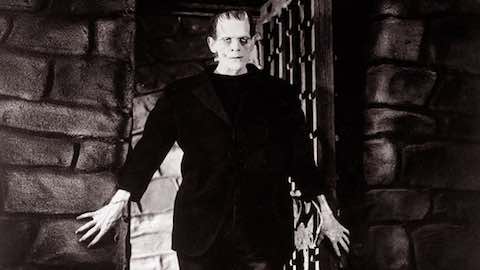 These most beloved classic horror movies were born from the minds of the most gruesome and manic horror writers. From the stormy night fantasies of Mary Shelley to those who were inspired by real life hauntings, these horror movies based on books are the real deal.

1. The Sentinel, by Jeffrey Konvitz 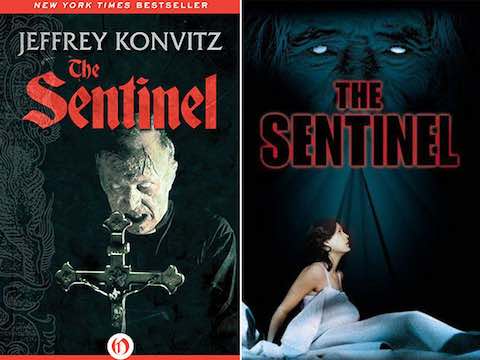 When Allison Parker moves into a beautiful brownstone apartment in New York City, she's working hard to turn her life around. She hopes to make friends with her neighbors, but instead finds them mostly obnoxious. She's horrified when she complains to her real estate broker, who tells her there are no other neighbors -- only her and a Priest who lives alone on the top floor.

Adapted into a movie version in 1977, The Sentinel is a horror classic. 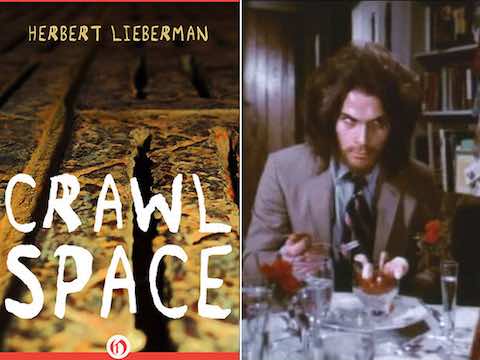 When childless, elderly couple Alice and Albert have trouble with the furnace in their new home, a young repairman named Richard comes to fix the problem. Little does Alice know that when she invites Richard to stay for dinner, he becomes a permanent resident ... not in their home, but in the crawlspace underneath their house.

This strange and terrifying book was adapted into a made-for-TV movie in 1972. 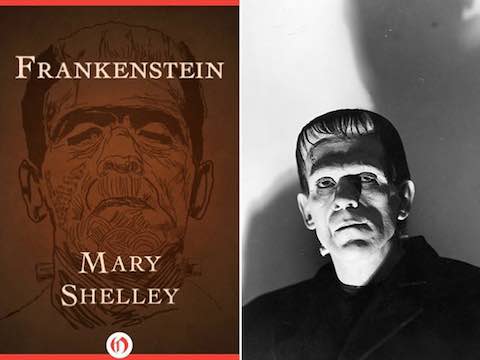 Written on a dare during a stormy night at Lord Byron's villa, Mary Shelley's horror classic has spawned endless adaptations -- most notably the 1931 movie version starring Boris Karloff as Frankenstein's monster. Shelley's novel, published in 1818 when she was just twenty, is a complex rumination on the perils of science and the mysteries of creation.

Though she published several other novels and collections of short stories, her groundbreaking Frankenstein is now considered one of the most influential horror novels of all time. 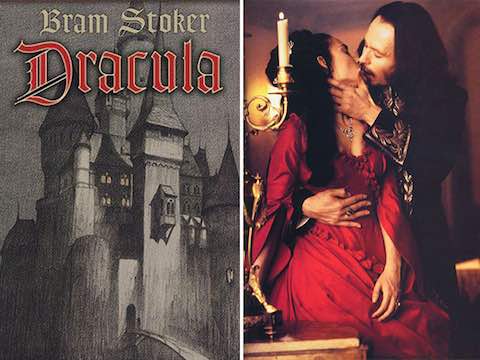 Like Frankenstein, Bram Stoker's Dracula, published in 1897, has gone on to influence the horror genre in endless ways -- most notably through the entire vampire sub-genre. This epistolary novel (told in letters) was inspired by Stoker's seven-year period researching European vampire legends. Though the book was not an instant bestseller, when F.W. Murneau adapted it for the stage in 1922, under the title Nosferatu, the novel's popularity grew.

Since 1931, the book has never been out of print. Though there have been many adaptations, Francis Ford Coppola directed and produced "Bram Stoker's Dracula" in 1992 -- starring Gary Oldman as Count Dracula and Anthony Hopkins as Van Helsing. 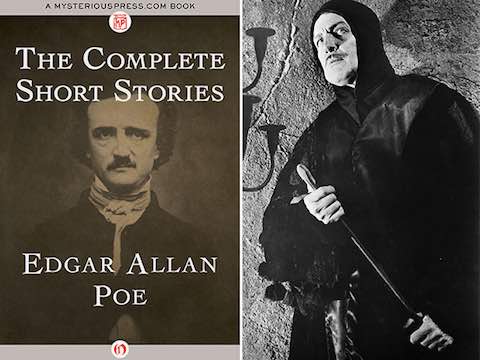 Before master of horror Stephen King came along, America had Edgar Allan Poe. One of the earliest masters of the short story, Poe is now widely considered one of the first American writers of mystery and macabre. 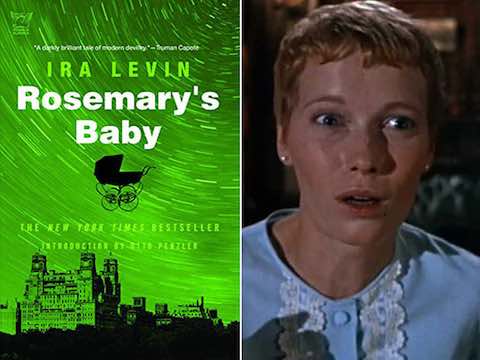 Most know Rosemary's Baby as Roman Polanski's 1968 now-classic movie adaptation starring Mia Farrow. But before then, it was one of the bestselling horror novels of its time -- published in 1967. The book was critically acclaimed, and contributed to the horror-boom of the late 1960s and 1970s.

This boom included book and movie adaptations of The Exorcist and "The Omen", and the burgeoning careers of horror masters Stephen King and Peter Straub.

7. The Exorcist, by William Peter Blatty 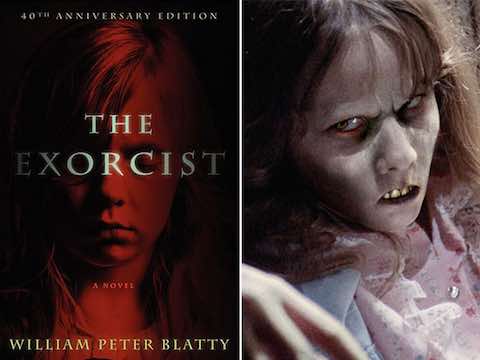 Exorcist author William Peter Blatty's novel,The Exorcist, was inspired by a real life case of demonic possession in 1949. Characters in the book were also based on actual people, like Father Merrin -- who was modeled after British archaeologist Gerald Lankester Harding.

Blatty's novel, which tells the story of a teenage girl named Regan who is possessed by the devil, was adapted for the screen in 1973. The movie, which stars Ellen Burstyn, Max von Sydow, and Linda Blair, won Blatty an Academy Award for Best Adapted Screenplay and is now a beloved horror classic.

8. The Amityville Horror, by Jay Anson 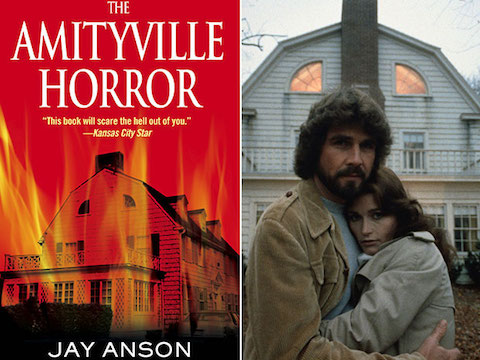 In the heat of the horror boom of the 1970s, author Jay Anson published a book that would grip the nation: The Amityville Horror was marketed as a true story. Anson's first book, published in 1977, spawned several movie adaptations from 1979 to as recently as 2015.

Though the veracity of the Lutz family's claims that evil spirits brutalized them has been questioned, the resulting adaptations are nothing short of terrifying. And, as recently as 2016, the house in Amityville was up for sale. 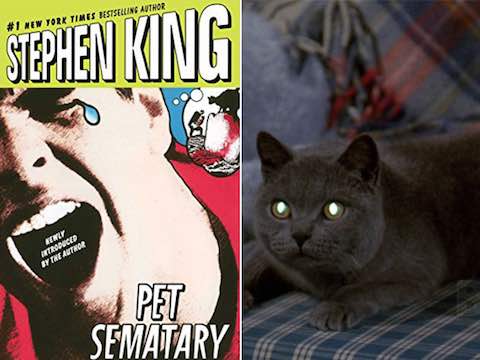 Though the work of the undisputed king of horror has been widely adapted into endless movies, one adaptation in particular stands out.

Mary Lambert's 1989 adaptation of King's 1984 novel, Pet Sematary, comes the closest to King's horrifying vision about what can go wrong when you decide to bury things in an ancient burial ground. A sequel to the movie, released in 1992, was less successful, but as of 2013 a remake of this cult classic film is said to be underway.

10. The Silence of the Lambs, by Thomas Harris 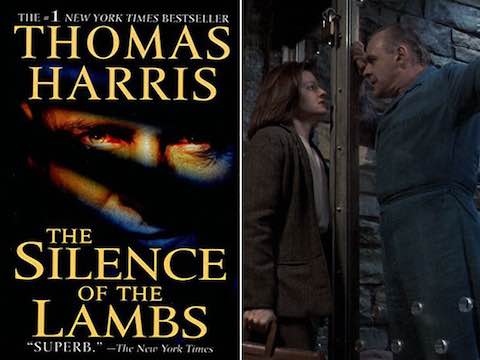 When it was published in 1988, Thomas Harris' The Silence of the Lambs nearly single-handedly revitalized the thriller genre.

Novelist Roald Dahl said the book was "subtle, horrific and splendid, the best book I have read in a long time." In 1991, Jonathan Demme adapted the novel into a movie starring Jodie Foster as Clarice Starling and Sir Anthony Hopkins as Dr. Hannibal Lecter.

The film is a prime example of what happens when you mix great source material with a fantastic cast and crew -- you get Oscar gold. The adaptation became only the third film to win all five of these Academy Awards: Best Picture, Best Director, Best Actor, Best Actress, and Best Screenplay.

This story was originally featured on The-Line-Up.com. The Lineup is the premier digital destination for fans of true crime, horror, the mysterious, and the paranormal.