Why Did We Forget Important Economic Lessons? 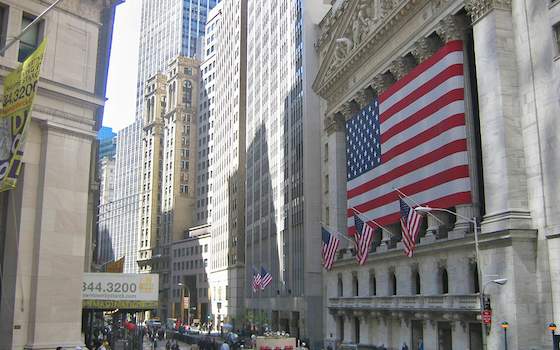 Why Did We Forget Important Economic Lessons?

Why has America forgotten the three most important economic lessons we learned in the 30 years following World War II?

Before I answer that question, let me remind you what those lessons were:

First, America's real job creators are consumers, whose rising wages generate jobs and growth. If average people don't have decent wages, there can be no real recovery and no sustained growth.

In those years, business boomed because American workers were getting raises and had enough purchasing power to buy what expanding businesses had to offer. Strong labor unions had ensured that American workers got a fair share of the economy's gains. It was a virtuous cycle.

Second, the rich do better with a smaller share of a rapidly growing economy than they do with a large share of an economy that's barely growing at all.

Between 1946 and 1974, the economy grew faster than it has grown since, on average, because the nation was creating the largest middle class in history. The overall size of the economy doubled, as did the earnings of almost everyone. CEOs rarely took home more than 40 times the average worker's wage, yet they were riding high.

Third, higher taxes on the wealthy to finance public investments -- better roads, bridges, public transportation and basic research, plus world-class K-12 education and affordable higher education -- improve the future productivity of America. All of us gain from these investments, including the wealthy.

In those years, the top marginal income tax rate on America's highest earners never fell below 70 percent. Under Republican President , the top marginal rate was 91 percent. Combined with tax revenues from a growing middle class, it was enough to build the interstate highway system, dramatically expand public higher education and make American public education the envy of the world.

We learned, in other words, that broadly shared prosperity isn't just compatible with a healthy economy. It's essential to it.

But then we forgot these lessons. For the last three decades the American economy has continued to grow, but most people's earnings have gone nowhere. Since the start of the recovery in 2009, 95 percent of the gains have gone to the top 1 percent.

Many of us bought the snake oil of "supply-side" economics, which said big corporations and the wealthy are the job creators -- and if we cut their taxes, the benefits will trickle down to everyone else. But nothing trickled down.

Meanwhile, big corporations were allowed to bust labor unions, whose membership dropped from over a third of all private-sector workers in the 1950s to under 7 percent today.

Our roads and bridges were allowed to crumble under the weight of deferred maintenance, our public schools deteriorated, and public higher education became so starved for funds that tuition rose to make up for shortfalls, making college unaffordable to many working families.

And Wall Street was deregulated, creating a casino capitalism that caused a near-meltdown of the economy six years ago and continues to burden millions of homeowners. CEOs began taking home 300 times the earnings of the average worker.

Part of the reason for this extraordinary U-turn has to do with politics. As income and wealth concentrated at the top, so did political power. The captains of industry and of Wall Street knew what was happening, and some played leading roles in this transformation.

But why didn't they remember the lessons learned in the 30 years after World War II -- that broadly shared prosperity is good for everyone, including them?

Perhaps because wealth is also relative. How rich someone feels depends not just on how much money they have but also on how they live in comparison to most other people.

As the gap between America's wealthy and the middle has widened, those at the top have felt even richer by comparison. Although a rising tide would lift all boats, many of America's richest seem to prefer a lower tide and bigger yachts.

Economy: "Why Did We Forget Important Economic Lessons?"