Who Can We Trust To Measure Urban Poverty? 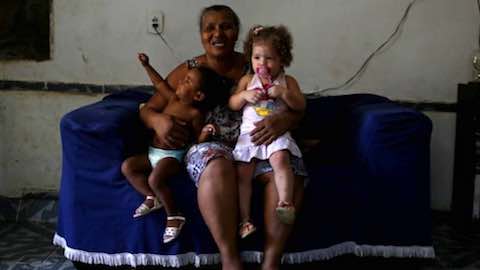 Who Can We Trust To Measure Urban Poverty?

By mid-century, towns and cities on these two continents will need to absorb an additional 2.25 billion people. Governments across Asia and Africa will require international support to meet the needs of this growing urban population.

The United Nations and World Bank will be at the forefront of these efforts, in line with their own mandates to end extreme poverty.

The only problem is that the way that their definition of poverty excludes many of the world's poorest people.

What does it mean to be poor?

Most can answer easily: not being able to afford enough food, a safe home, clean drinking water, health care and other basic needs.

The World Bank has set the international poverty line at $1.90 per person per day.

This poverty line is based on the cost of food across a number of low-income countries. It might be an appropriate indicator for people living in rural areas in these countries. But it doesn't recognise the need to pay for non-food needs, such as accommodation or drinking water.

In other words, the international poverty line does not recognise that anyone might live in a city.

This makes it more important than ever that the World Bank recognises the additional costs of living in cities.

The best way to do this would be developing local poverty lines, based on the real cost of getting decent housing, basic services and secure tenure in an area. Local poverty lines would allow governments and development agencies to identify where poor people live and channel aid to them.

It isn't that difficult to measure local costs. The United Nations recognises that in Kenya, hotels in Nairobi cost more than those in Katui or Mwingi, and recommends higher per diems and stipends for its staff in this part of the country.

Development practitioners must demand as much economic rigour in our poverty assessments as we do in our per diem calculations.

Because of the different costs of different places, measuring income is a weak way to evaluate poverty. A better metric is whether or not households have access to safe, reliable and affordable services.

The United Nations has a poor track record in urban areas.

The World Health Organisation (WHO) and UNICEF are the main agencies responsible for measuring access to drinking water and sanitation. They collect data on the number of people with access to an:

These water sources and sanitation systems will usually be sufficient in rural areas.

However, it is difficult to empty pit latrines in a hygienic way when people live in high numbers on small house plots -- as they typically do in cities. The latrines may even overflow during heavy rainfall, meaning that boreholes, tube wells and dug wells may be contaminated with faecal matter.

Many urban households may therefore have access to an "improved" water source -- but that doesn't mean that the water is safe to drink.

The United Nations routinely underestimates how many people lack access to clean drinking water or hygienic sanitation. This means that most United Nations agencies overlook the urban poor when advocating to governments or planning development programmes.

Data From The Urban Poor

From Accra to Ahmedabad and Mumbai to Manila, organised groups of the urban poor are collecting extraordinarily detailed data on life in informal settlements.

This vital evidence could be used to develop local poverty lines.

The Homeless People's Federation Philippines, for example, has used community-generated data to map households living in hazardous areas such as roadsides, steep hills or floodplains. The National Community Savings Network in Cambodia has documented the low-quality food available in informal settlements, meaning that many of the residents struggle with serious malnutrition.

The members of these grassroots organisations might earn more than $1.90 a day -- but many are still chronically poor and vulnerable to a wide range of risks.

If the World Bank and the United Nations are serious about reducing poverty, they need to know where the poor can be found. Their current measurements can't tell us that -- but the urban poor can.

Economy: "Who Can We Trust To Measure Urban Poverty?"