The 'You're Paid What You're Worth' Myth 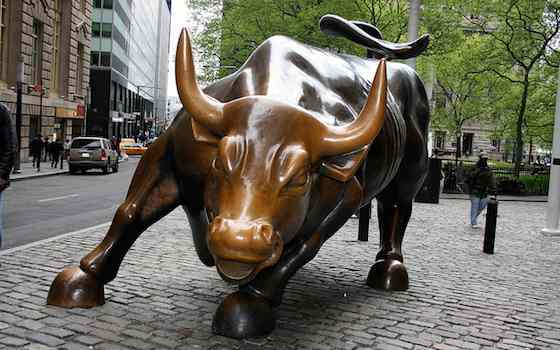 The 'You're Paid What You're Worth' Myth

It's often assumed that people are paid what they're worth. According to this logic, minimum wage workers aren't worth more than the an hour they now receive. If they were worth more, they'd earn more. Any attempt to force employers to pay them more will only kill jobs.

By this same logic, CEOs of big companies are worth their giant compensation packages, now averaging about 300 times the pay of the typical American worker. They must be worth it or they wouldn't be paid this much. Any attempt to limit their pay is fruitless because their pay will only take some other form.

"Paid what you're worth" is a dangerous myth.

Does this mean the typical GM employee a half-century ago was worth four times what today's typical employee is worth? No.

The real difference is that the GM worker a half-century ago had a strong union behind him that summoned the collective bargaining power of all autoworkers to get a substantial share of company revenues for its members. Today's workers don't have a union to negotiate a better deal. They're on their own.

Today's CEOs rake in 300 times the pay of average workers not because they're "worth" it but because they appoint the compensation committees on their boards that decide executive pay. Or their boards don't want to be seen by investors as having hired a "second-string" CEO who's paid less than the CEOs of their major competitors.

Or consider that bonuses on were up 15 percent in 2013 over the year before, totaling a whopping .

bankers really worth it? Not if you figure in the hidden subsidy flowing to the big banks that ever since the bailout of 2008 have been considered too big to fail.

People who park their savings in these banks accept a lower interest rate on deposits or loans than they require from America's smaller banks, because smaller banks are riskier places to park money. Unlike the big banks, the smaller ones won't be bailed out if they get into trouble.

According to researchers, this hidden subsidy is about eight-tenths of a percentage point. It may not sound like much, but multiply it by the total amount of money parked in the 10 biggest banks and you get a huge amount -- roughly a year.

That is about three times what paid out in bonuses last year. Without the subsidy, it's unlikely there would be any bonus pool.

Get it? bankers got fat paychecks plus a total of in bonuses last year not because they're "worth" it but because big banks hold a privileged place in the American political economy. Why hasn't used the antitrust laws to cut them down to size so they're not too big to fail, or at least taxed away their hidden subsidy (which, after all, results from their taxpayer-financed bailout)?

Perhaps because also accounts for a large proportion of campaign donations to major candidates for and the presidency of both parties.

America's low-wage workers don't have privileged positions. They work very hard -- many holding down two or more jobs. But they can't afford to make major campaign contributions, and they have no political clout.

They don't get hidden subsidies from . They can't even get a minimum-wage increase.

The of bonuses banks paid out last year would be enough to more than double the pay of every one of America's 1,085,000 full-time minimum wage workers.

The "paid what your worth" argument is fundamentally misleading because it ignores power, overlooks institutions and disregards politics. As such, it lures the unsuspecting into thinking that nothing whatsoever should be done to change what people are paid, because nothing can be done.

"The 'You're Paid What You're Worth' Myth"