The Year of the Great Wealth Redistribution 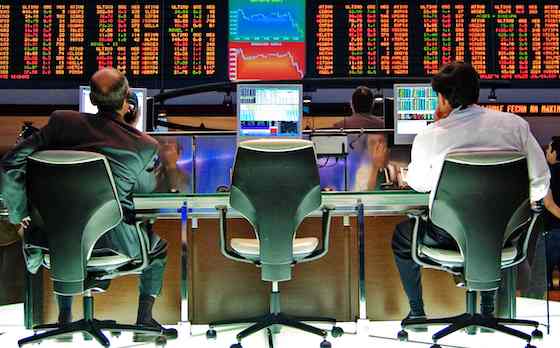 The Year of the Great Wealth Redistribution (Photo: fortunelivemedia)

One of the worst epithets that can be leveled at a politician these days is to call him a "redistributionist." Yet 2013 marked one of the biggest redistributions in recent American history -- a redistribution upward, from average working people to the owners of America.

The stock market ended 2013 at an all-time high -- giving stockholders their biggest annual gain in almost two decades. Most Americans didn't share in those gains, however, because most people haven't been able to save enough to invest in the stock market. More than two-thirds of Americans live from paycheck to paycheck.

What does this have to do with redistribution? Some might argue the stock market is just a giant casino. Since it's owned mostly by the wealthy, a rise in stock prices simply reflects a transfer of wealth from some of the rich (who cashed in their shares too early) to others of the rich (who bought shares early enough and held on to them long enough to reap the big gains).

But this neglects the fact that stock prices track corporate profits. The relationship isn't exact, and price-earnings ratios move up and down in the short term. Yet over the slightly longer term, share prices do correlate with profits. And 2013 was a banner year for profits.

Where did those profits come from? Here's where redistribution comes in. American corporations didn't make most of their money from increased sales (although their foreign sales did increase). They made their big bucks mostly by reducing their costs -- especially their biggest single cost: wages.

They push wages down because most workers no longer have any bargaining power when it comes to determining pay. The continuing high rate of unemployment -- including a record number of long-term jobless, and a large number who have given up looking for work altogether -- has allowed employers to set the terms.

For years, the bargaining power of American workers has also been eroding due to ever more efficient means of outsourcing abroad, new computer software that can replace almost any routine job, and an ongoing shift of full-time to part-time and contract work. And unions have been decimated. In the 1950s, over a third of private-sector workers were members of labor unions. Now, fewer than 7 percent are unionized.

All this helps explain why corporate profits have been increasing throughout this recovery (they grew over 18 percent in 2013 alone) while wages have been dropping. Corporate earnings now represent the largest share of the gross domestic product -- and wages the smallest share of GDP -- since records have been kept.

Some might say this doesn't really amount to a "redistribution" as we normally define that term, because government isn't redistributing anything. By this view, the declining wages, higher profits and the surging bull market simply reflect the workings of the free market.

But this overlooks the fact that government sets the rules of the game. Federal and state budgets have been cut, for example -- thereby reducing overall demand and keeping unemployment higher than otherwise. has repeatedly rejected tax incentives designed to encourage more hiring. States have adopted "right-to-work" laws that undercut unions. And so on.

If all this weren't enough, the tax system is rigged in favor of the owners of wealth, and against people whose income comes from wages. Wealth is taxed at a lower rate than labor.

Capital gains, dividends and debt all get favorable treatment in the tax code -- which is why , Warren Buffet and other billionaires and multimillionaires continue to pay around 12 percent of their income in taxes each year, while most of the rest of us pay at least twice that rate.

Among the biggest winners are top executives and traders whose year-end bonuses are tied to the stock market, and hedge-fund and private-equity managers whose special "carried interest" tax loophole allows their income to be treated as capital gains. The wild bull market of 2013 has given them all fabulous after-tax windfalls.

America has been redistributing upward for some time -- after all, "trickle-down" economics turned out to be trickle up -- but we outdid ourselves in 2013. At a time of record inequality and decreasing mobility, America conducted a Great Redistribution upward.

"The Year of the Great Wealth Redistribution"