The Missing Ingredients of Growth 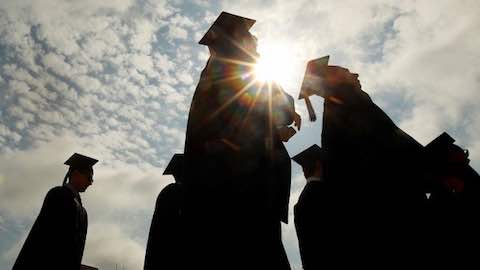 The Missing Ingredients of Growth

Several positive macroeconomic trends suggest that the global economy could finally be in a position to achieve sustained and inclusive growth. But whether that happens will depend on whether governments can muster a more forceful response to changing economic and technological conditions.

A third lightning round of North American Free Trade Agreement (NAFTA) talks begins in Ottawa. Negotiators reportedly made progress during the first two go-rounds in Washington and Mexico City, reaching tentative agreements on intellectual property, e-commerce, and environmental protections, likely following the general outlines hammered out within the Transpacific Partnership agreement, or TPP. Yet the thornier issues -- investor dispute settlement options, rules of origin, Buy American clauses, and importantly labor rules and wages -- remain. And even as trade negotiators met in round-the clock sessions to get these initial breakthroughs, U.S. President Donald Trump revived his public existential threats, saying he will end up "probably terminating NAFTA at some point." Commerce Secretary Wilbur Ross chimed in that ending the agreement is "the right thing" to do if the United States doesn't get what it wants by the end of the year.

Trump, along with many Americans, condemns NAFTA for taking jobs. The president repeatedly asserts Mexico is "killing us on jobs and trade" and NAFTA is "a one-way highway out of the United States." Average Americans echo these fears. In 2016 two out of three Americans believed globalization was good for the overall economy and country, but only forty percent thought it created employment and just one in three thought it protected jobs already here. NAFTA is viewed with particular skepticism, with nearly half of Americans believing the United States got a bad deal.

The facts belie these perceptions. The non-partisan Congressional Research Service, reviewing dozens of studies conducted over the last twenty years, found that the trade agreement has had little to no effect on net employment in the United States. Yes, jobs were lost, as others were gained, leading to a net wash. And while these transitions are undoubtedly hard for individual workers, NAFTA-inspired job losses (leaving aside the new positions created by more trade) accounted for less than 1 percent of the nearly 18 million positions eliminated every year. These limited effects reflect the fact that even at $1.2 trillion dollars, North American trade represents just 6 percent of the U.S. economy.

In the larger worry over jobs, the United States should be commiserating rather than condemning its southern neighbor. A recent International Labour Organization (ILO) report shows that Mexican workers, like their U.S. colleagues, suffered the most from Chinese competition, not each other. Over the last two decades, Mexico lost nearly 650,000 net jobs to the Asian giant, as textiles, shoes, and computer factories shuttered in the face of cheap imports or as management moved operations across the Pacific. The United States, according to estimates by scholars David Autor, David Dorn, and Gordon Hanson, lost 2.4 million jobs to China over a roughly similar period. Per capita this represents 11 of every 1,000 workers in Mexico, and 14 per 1,000 workers in the United States...

Economy: "The Missing Ingredients of Growth"