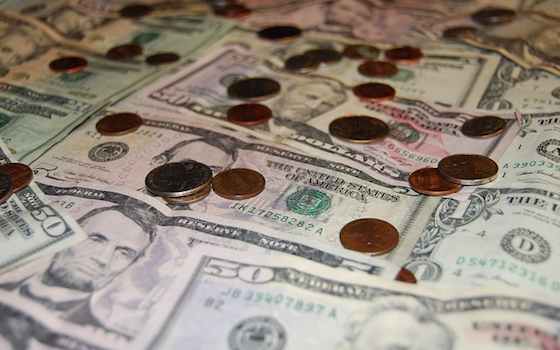 Do you recall a time in America when the income of a single schoolteacher or baker or salesman or mechanic was enough to buy a home, have two cars and raise a family?

I remember. My father (who just celebrated his 100th birthday) earned enough for the rest of us to live comfortably. We weren't rich but never felt poor, and our standard of living rose steadily through the 1950s and 1960s.

That used to be the norm. For three decades after World War II, America created the largest middle class the world had ever seen. During those years the earnings of the typical American worker doubled, just as the size of the American economy doubled. (Over the last 30 years, by contrast, the size of the economy doubled again, but the earnings of the typical American went nowhere.)

In that earlier period, more than a third of all workers belonged to a trade union -- giving average workers the bargaining power necessary to get a large and growing share of the large and growing economic pie. (Now, fewer than 7 percent of private-sector workers are unionized.)

Then, CEO pay then averaged about 20 times the pay of their typical worker. (Now it's more than 200 times.)

In those years, the richest 1 percent took home 9 percent to 10 percent of total income. (Today. the top 1 percent gets more than 20 percent.)

Then, the tax rate on highest-income Americans never fell below 70 percent; under , a Republican, it was 91 percent. (Today, the top tax rate is 39.6 percent.)

In those decades, tax revenues from the wealthy and the growing middle class were used to build the largest infrastructure project in our history, the interstate highway system. And to build the world's largest and best system of free public education, and dramatically expand public higher education. (Since then, our infrastructure has been collapsing from deferred maintenance, our public schools have deteriorated, and higher education has become unaffordable to many.)

We didn't stop there. We enacted the Civil Rights Act and Voting Rights Act to extend prosperity and participation to African-Americans; and to provide health care to the poor and reduce poverty among America's seniors; and the Environmental Protection Act to help save our planet.

And we made sure banking was boring.

It was a virtuous cycle. As the economy grew, we prospered together. And that broad-based prosperity enabled us to invest in our future, creating more and better jobs and a higher standard of living.

Then came the great U-turn, and for the last 30 years we've been heading in the opposite direction.

Some blame globalization and the loss of America's manufacturing core. Others point to new technologies that replaced routine jobs with automated machinery, software and robotics.

But if these were the culprits, they only raise a deeper question: Why didn't we share the gains from globalization and technological advances more broadly? Why didn't we invest them in superb schools, higher skills, a world-class infrastructure?

Others blame worship of the so-called "free market," supply-side economics and deregulation. But if these were responsible, why did we cling to these ideas for so long? Why are so many people still clinging to them?

Some others believe Americans became greedier and more selfish. But if that's the explanation, why did our national character change so dramatically?

Perhaps the real problem is we forgot what we once achieved together.

The collective erasure of the memory of that prior system of broad-based prosperity is due partly to the failure of my generation to retain and pass on the values on which that system was based.

We must restore our recollection. In seeking to repair what is broken, we don't have to emulate another nation. We have only to emulate what we once had.

That we once achieved broad-based prosperity means we can achieve it again -- not exactly the same way, of course, but in a new way fit for the 21st century and for future generations of Americans.

America's great U-turn can be reversed. It is worth the fight.