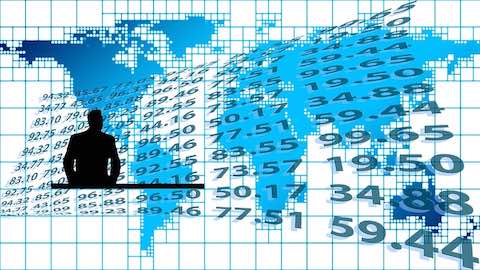 by A. Michael Spence (Council on Foreign Relations)

The global economy will confront serious challenges in the months and years ahead, and looming in the background is a mountain of debt that makes markets nervous -- and that thus increases the system's vulnerability to destabilizing shocks. Yet the baseline scenario seems to be one of continuity, with no obvious convulsions on the horizon.

Economists like me are asked a set of recurring questions that might inform the choices of firms, individuals, and institutions in areas like investment, education, and jobs, as well as their policy expectations. In most cases, there is no definitive answer. But, with sufficient information, one can discern trends, in terms of economies, markets, and technology, and make reasonable guesses.

In the developed world, 2017 will likely be recalled as a period of stark contrast, with many economies experiencing growth acceleration, alongside political fragmentation, polarization, and tension, both domestically and internationally. In the long run, it is unlikely that economic performance will be immune to centrifugal political and social forces. Yet, so far, markets and economies have shrugged off political disorder, and the risk of a substantial short-term setback seems relatively small.

The one exception is the United Kingdom, which now faces a messy and divisive Brexit process. Elsewhere in Europe, Germany's severely weakened chancellor, Angela Merkel, is struggling to forge a coalition government. None of this is good for the UK or the rest of Europe, which desperately needs France and Germany to work together to reform the European Union.

One potential shock that has received much attention relates to monetary tightening. In view of improving economic performance in the developed world, a gradual reversal of aggressively accommodative monetary policy does not appear likely to be a major drag or shock to asset values. Perhaps the long-awaited upward convergence of economic fundamentals to validate market valuations is within reach.

In Asia, Chinese President Xi Jinping is in a stronger position than ever, suggesting that effective management of imbalances and more consumption- and innovation-driven growth can be expected. India also appears set to sustain its growth and reform momentum. As these economies grow, so will others throughout the region and beyond.

When it comes to technology, especially digital technology, China and the United States seem set to dominate for years to come, as they continue to fund basic research, reaping major benefits when innovations are commercialized. These two countries are also home to the major platforms for economic and social interaction, which benefit from network effects, closure of informational gaps, and, perhaps most important, artificial-intelligence capabilities and applications that use and generate massive sets of valuable data.

Such platforms are not just lucrative on their own; they also produce a host of related opportunities for new business models operating in and around them, in, say, advertising, logistics, and finance. Given this, economies that lack such platforms, such as the EU, are at a disadvantage. Even Latin America has a major innovative domestic e-commerce player (Mercado Libre) and a digital payments system (Mercado Pago).

Earlier this month on Singles' Day, an annual festival of youth-oriented consumption that has become the single largest shopping event in the world, China's leading online payment platform, Alipay, processed up to 256,000 payments per second, using a robust cloud computing architecture. There is also impressive scope for expanding financial services -- from credit assessments to asset management and insurance -- on the Alipay platform, and its expansion into other Asian countries via partnerships is well underway.

In the coming years, developed and developing economies will also have to work hard to shift toward more inclusive growth patterns. Here, I anticipate that national governments may take a back seat to businesses, subnational governments, labor unions, and educational and non-profit institutions in driving progress, especially in places hit by political fragmentation and a backlash against the political establishment.

Such fragmentation is likely to intensify. Automation is set to sustain, and even accelerate, change on the demand side of labor markets, in areas ranging from manufacturing and logistics to medicine and law, while supply-side responses will be much slower. As a result, even if workers gain stronger support during structural transitions (in the form of income support and retraining options), labor-market mismatches are likely to grow, sharpening inequality and contributing to further political and social polarization.

Nonetheless, there are reasons to be cautiously optimistic. For starters, there remains a broad consensus across the developed and emerging economies on the desirability of maintaining a relatively open global economy.

The notable exception is the U.S., though it is unclear at this point whether President Donald Trump's administration actually intends to retreat from international cooperation, or is merely positioning itself to renegotiate terms that are more favorable to the U.S. What does seem clear, at least for now, is that the U.S. cannot be counted on to serve as a principal sponsor and architect of the evolving rules-based global system for fairly managing interdependence.

The situation is similar with regard to mitigating climate change. The U.S. is now the only country that is not committed to the Paris climate agreement, which has held despite the Trump administration's withdrawal. Even within the U.S., cities, states, and businesses, as well as a host of civil-society organizations, have signaled a credible commitment to fulfilling America's climate obligations, with or without the federal government.

Still, the world has a long way to go, as its dependence on coal remains high. The Financial Times reports that peak demand for coal in India will come in about ten years, with modest growth between now and then. While there is upside potential in this scenario, depending on more rapid cost reductions in green energy, the world is still years away from negative growth in carbon dioxide emissions.

All of this suggests that the global economy will confront serious challenges in the months and years ahead. And looming in the background is a mountain of debt that makes markets nervous and increases the system's vulnerability to destabilizing shocks. Yet the baseline scenario in the short run seems to be one of continuity. Economic power and influence will continue to shift from west to east, without any sudden change in the pattern of job, income, political, and social polarization, primarily in the developed countries, and with no obvious convulsions on the horizon.

This article originally appeared on project-syndicate.org.