Take Tax Compromise with a Grain of Salt 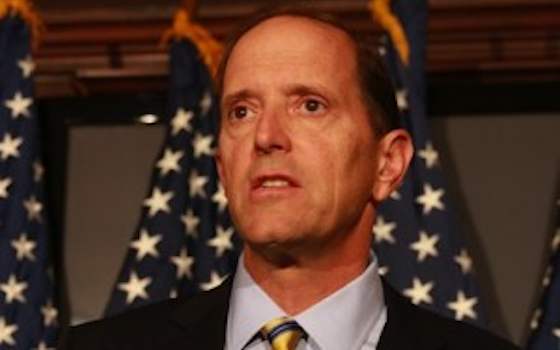 Take Tax Compromise with a Grain of Salt

The new GOP plan to plug Wall Street loopholes is a start, but not a solution

Much of this lush windfall came via “carried interest,” Wall Street-speak for the cut that private equity kingpins take on the profits they make for their investors.

Will this situation ever change? Maybe. A surprising new change agent has just emerged. Representative Dave Camp, chair of the Republican House Committee on Ways and Means, has proposed a tax reform package that would repeal the carried interest loophole.

This same package includes a variety of other moves that progressive tax justice activists have been demanding for years.

The Michigan Republican’s plan, for instance, denies corporations tax deductions on any annual corporate executive compensation that runs over $1 million -- and also calls for a special tax on the assets of too-big-to-fail banks.

All these proposals represent an abrupt and rather amazing about-face from the “no-new-taxes” orthodoxy that GOP leaders have robotically mouthed over recent years.

Camp even describes his proposals with language that Republican lawmakers typically dismiss as pure “rich-people bashing.”

“Stop Subsidies for Excessive Compensation,” reads the title that Camp’s official summary places over his proposal to limit how much corporations get to deduct off their taxes for executive pay.

What? A powerful Republican is going after tax loopholes near and dear to “Wall Street tycoons”? This turn of events has left veteran Capitol Hill observers searching for the catch. They found more than one.

Yes, the Camp proposal does go after loopholes that have funneled huge tax savings to America’s rich. But Camp’s tax plan also lowers the top tax rate on both individual and corporate income.

The Camp tax package drops the top personal income tax rate down to 25 percent from the current 39.6 percent. A surtax he proposes does bring that rate up to 35 percent on “certain types” of family income over $464,000. But those certain types don’t include all capital gains and dividend income, the main source of wealth for America’s super rich.

The loophole-plugging proposals in Camp’s plan, for their part, turn out to have some leaks. Camp’s limit on how much corporations can deduct for executive pay, for instance, only applies to a few top executives at each corporation.

Rich taxpayers in the $200,000-to-$1 million per year income range, interestingly, would see a slight increase in taxes. But these comfortable taxpayers need not worry. Both Republican and Democratic congressional leaders are declaring Camp’s package dead on arrival.

So why pay the Camp plan any attention at all?

One reason: The bill reflects the first crack in the GOP’s stonewall against undoing tax code provisions that tilt towards the wealthy. Senior GOP legislative heavyweights like Camp are clearly sensing deep public anger over an economic system that privileges the rich. Astute conservatives are realizing they can’t afford politically to keep handing Wall Street blank checks.

Something, they understand, has to change -- if only for show.

But even that can have consequences. Conservatives can’t call for ending subsidies for carried interest and executive pay and then holler when progressives push legislation that actually sets out to accomplish these same goals.

David Camp has pushed open a door. Advocates for greater equality in America now need to rush in.

"Take Tax Compromise with a Grain of Salt"