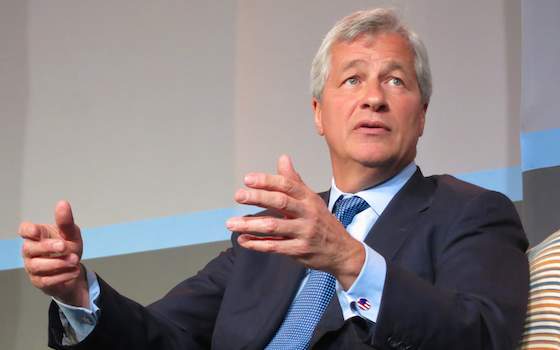 Until the 1980s, corporate CEOs in America were paid, on average, 30 times what their typical worker was paid. Since then, CEO pay has skyrocketed to 280 times the pay of a typical worker; in big companies, to 354 times.

Meanwhile, over the same 30-year time span, the median American worker has seen no pay increase at all, adjusted for inflation. Even though the pay of male workers continues to outpace that of females, the typical male worker between the ages of 25 and 44 peaked in 1973 and has been dropping ever since. Wages of the median male worker across all age brackets has dropped 10 percent, after inflation, since 2000.

This growing divergence between CEO pay and that of the typical American worker isn't just wildly unfair. It's also bad for the economy. It means most workers these days lack the purchasing power to buy what the economy is capable of producing -- contributing to the slowest recovery on record. Meanwhile, CEOs and other top executives use their fortunes to fuel speculative booms followed by busts.

Anyone who believes CEOs deserve this astronomical pay hasn't been paying attention. The entire stock market has risen to record highs. Most CEOs have done little more than ride the wave.

CEOs and top corporate executives in , and don't get paid vast multiples of what their employees earn. At the same time, their workers are starting to command better pay than the typical American. The median wage in is already higher than the median wage in .

There's no easy answer for reversing this trend, but recently I testified in favor of a bill introduced in the legislature that creates the right incentives. Other states would do well to take a close look.

The proposed legislation sets corporate taxes according to the ratio of CEO pay to the pay of the company's typical worker. Corporations with low pay ratios get a tax break. Those with high ratios get a tax increase.

On the other hand, corporations with big disparities face higher taxes. If the CEO makes 200 times the typical employee, the tax rate goes to 9.5 percent; 400 times, to 13 percent.

has dubbed this bill a "job killer," but the reality is the opposite. CEOs don't create jobs. Their customers create jobs by buying more of what their companies have to sell -- giving the companies cause to expand and hire. So pushing companies to put less money into the hands of their CEOs and other top executives, and more into the hands of average employees, creates more buying power among people who will buy, and therefore more jobs.

The other argument against the bill is that it's too complicated. Wrong again. The Dodd-Frank Act already requires companies to publish the ratios of CEO pay to the pay of the company's median worker. ( is now weighing a proposal to implement this.)

So the bill doesn't require companies to do anything more than they'll have to do under federal law. And the tax brackets in the bill are wide enough to make the computation easy.

What about CEOs gaming the system? Can't they simply eliminate low-paying jobs by subcontracting them to another company -- thereby avoiding large pay disparities while keeping their own compensation in the stratosphere?

No. The proposed law controls for that. Corporations that begin subcontracting more of their low-paying jobs will have to pay a higher tax.

The proposed law isn't perfect, but it's a start. That the largest state in America is seriously considering it tells you something about how top-heavy American business has become, and why it's time to do something serious about it.