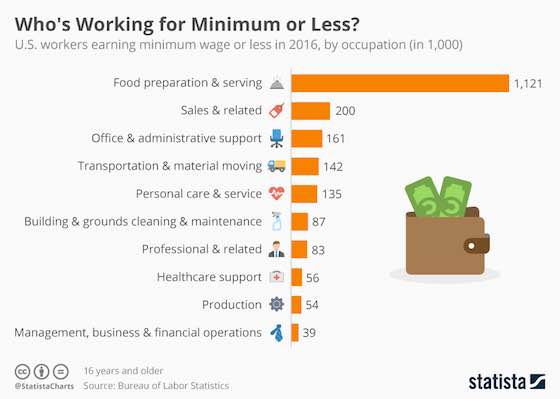 It wasn't until July 2016 that the federal government set the wage for all states to $7.25. 29 states actually pay more than the required minimum. Massachusetts and Washington State have the highest wages of $11 per hour. As our infographic shows the minimum wage affects by far most people working in the food preparation and service industries (restaurants, bars and catering et al.)

The chart above shows the number of workers earning minimum wage or below in the U.S. in 2016, by occupation (in 1,000)