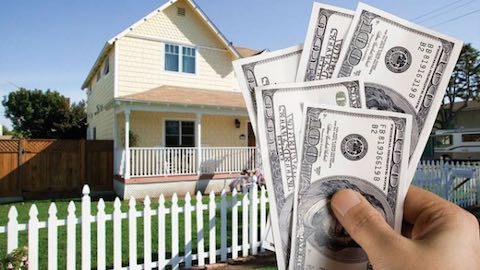 Nina Bailey has wanted to buy a home in her adopted city of Detroit for years. Instead, like tens of thousands of other Detroiters, she rents an apartment, where she lives with her two children.

Bailey can afford a monthly mortgage payment. She's got a decent-paying job. And there's plenty of affordable housing in Detroit these days, a result of the decades-long hollowing out of the city.

But getting a mortgage was tough. She lacked the money required for a down payment and for the requisite repairs needed for most of Detroit's housing stock, which can often cost significantly more than the appraised value of the home. And very few banks are making home loans in Detroit, given its financial woes.

Fortunately, the Neighborhood Assistance Corporation of America (NACA) -- along with Detroit Mayor Mike Duggan and Bank of America -- has launched a new program to lend to residents like Bailey.

It lets families buy homes in the city using NACA's extremely favorable terms -- no down payment, no fees, no closing costs -- at a below-market fixed interest rate, regardless of credit score. Participation requires applicants to attend a NACA homebuyer workshop, the first of which launched in late April.

I was there, alongside Bailey and 5,000 other Detroiters.

Most houses in Detroit are bought up by developers and affluent investors hoping to cash in on Detroit's resurgence. By contrast, NACA mortgages help ordinary people buy their own homes, enabling cash-strapped families to build wealth and reach a higher level of economic security.

“Most people come thinking it's too good to be true,” said NACA CEO Bruce Marks at the event. “As good as you think it is, it's better.”

Originally a project of a Boston hotel workers union, Marks launched NACA in 1988 to provide affordable mortgages to low- and moderate-income families. The non-profit can offer such favorable terms largely as a result of direct action campaigns against the major banks and due to the group’s innovative counseling process.

For his efforts, Marks was named Bostonian of the Year in 2007.

Today, NACA mortgages aren’t just available in Detroit, but all over Michigan and in 25 other states. The group recently added a 15-year mortgage option that allows homeowners to build wealth much faster than with traditional 30-year mortgages.

For one thing, the group lends to people other lenders would consider too risky. Instead of sticking these homebuyers with predatory high-interest loans, NACA works to prepare them for life with long-term mortgages.

After attending a workshop, potential homebuyers are matched with mortgage consultants who stick with them from beginning to end to ensure they’re prepared for homeownership.

Second, getting one of these mortgages requires joining NACA. Its members -- over 2 million in total, 85 percent of whom are people of color -- must register to vote and volunteer with the organization.

Their engagement can range from helping stuff envelopes to agreeing to risk arrest at protests held against bad actors in the banking sector and government.

With wages stagnating for millions of Americans, the ability to save up for a down payment seems hopelessly out of reach for many of us. A mortgage that gives low-income families a shot at building wealth through homeownership -- and to spend much less per month than they would spend on rent -- is a serious game changer.

Empowering those same people to vote and engage in advocacy could bring much needed voices to our political discussion.

As for Nina Bailey, she expects to be in her new home by Labor Day

Josh Hoxie is the director of the Project on Opportunity and Taxation at the Institute for Policy Studies. OtherWords.org