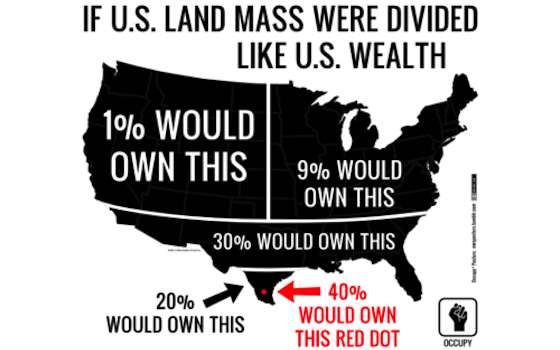 In a recent speech, President Obama declared income "inequality" to be "the defining challenge of our time."

It is time for me to come clean; to own up to a dark secret I have been hiding most of my life. It is embarrassing to admit it, but I suffer from income inequality.

Yes, there are hundreds of thousands, perhaps millions of people who make more money than I do and it has affected my life in ways too numerous to recount.

Starting with my first summer job as a bellhop and kitchen worker at a hotel in when I was 14, I kept records of the amount of money I earned. The ledger records that on a really good day I made as much as in tips. The hotel owner paid me a salary of a week, but included a small room in the basement and all the food I could eat. He made more money than I did.

In the early '60s, as a copyboy at in , my take-home pay was less than a week. Everyone else, including, I suspect, the janitor, made more than I did.

When I finally got on the air as a broadcast journalist, my check stubs were far less than the withholding on paycheck. I still bear the scars from this income "inequality."

When I was 37 I made a year and took public transportation to and from work. Many others, including most of the people I interviewed, made far more money than I did. Some of them had cars and drivers to squire them around .

Was it "fair" that these people were richer than I was? Absolutely, as long as I had the opportunity through education, risk-taking, experience and hard work to eventually make more.

President Obama and some leaders in the appear to want us to accept a false premise: that if I earn more money than you, I "owe" you some of my money to make things "fair." This might be true if the amount of money available were fixed, but it is not. The communist philosophy is similar to this way of thinking: "From each according to his ability, to each according to his need," is the slogan popularized by . In other words, mutually-shared poverty with just enough to barely sustain everyone, not an avenue out of poverty with hope as the mode of transportation, hard work as the fuel and success as the destination.

Income "inequality" is a part of the greed-envy-entitlement philosophy promoted by liberals who want to addict more people to government and entice them to vote for the party that is effectively buying their loyalty. And now they want to extend the 99-week limit for unemployment benefits, which has the potential to enable those people who are unwilling to look for a job.

Today, we have a tendency to punish the successful and subsidize the unsuccessful. It used to be the reverse, which motivated more people to become, if not a success, then at least self-sustaining. There was a time when Americans would have been ashamed to take, much less ask for, anything from their fellow citizens. If you were able-bodied, asking for help from the government was regarded by a previous generation as moral weakness.

Today, the attitude promoted by the income "inequality" crowd is one of victimization. Poor people are told they are victims because successful people have stolen from them what is rightfully theirs.

Envy, greed and entitlement are not the things that built America, or sustained her through numerous wars and a Great Depression.

The concern should not be how much others make, but how much you can make if you apply yourself and adopt the values embraced by successful people.

Those who make what I once earned and think they can never earn more are being told a lie. Realizing this is the first step to improving one's income and one's life.