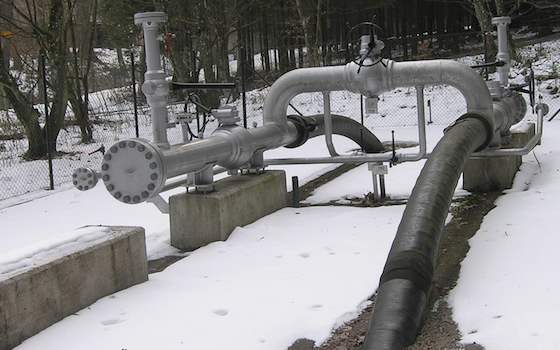 Welcome to the "year of action." In this year's State of the Union address, the president vowed to do whatever he must to help the economy, even if that means working around : "What I offer tonight is a set of concrete, practical proposals to speed up growth, strengthen the middle class and build new ladders of opportunity into the middle class. Some require congressional action, and I'm eager to work with all of you. But America does not stand still, and neither will I. So wherever and whenever I can take steps without legislation to expand opportunity for more American families, that's what I'm going to do."

The has touted the fact the president has a "phone and a pen" and he's not afraid to use them.

The president also vowed to cut red tape, and not for the first time. In 2013's State of the Union, he insisted that "my administration will keep cutting red tape and speeding up new oil and gas permits." And in 2012: "In the next few weeks, I will sign an executive order clearing away the red tape that slows down too many construction projects."

All of this was in the wake of Obama's 2011 executive order requiring the elimination of "redundant, inconsistent or overlapping" regulations. The administration had hailed the order as an "unprecedented" move to boost growth. In an op-ed for the touting the order, the president wrote: "We're also getting rid of absurd and unnecessary paperwork requirements that waste time and money."

Laymen might have the impression the president wants to cut red tape and take action on job-creating infrastructure, particularly oil and gas projects.

The issued a much-awaited study on the Keystone XL pipeline. It found that there would be negligible effect on climate change -- the president's only expressed reservation about the project, which would create thousands of construction jobs and generate billions in tax revenue.

In fact, the study concluded that if the pipeline from is not built, it could result in a significant increase in greenhouse gas emissions. That's because the alternative means (trucks, rail, etc.) of transporting the fuel -- which says will be pumped no matter what -- are more carbon intensive than a pipeline.

So we're a go, right? Au contraire, Chief of Staff Denis McDonough explained on "Meet the Press." study is but "one of many important inputs into the process." Other departments get to weigh in. Which ones? Well, almost all of them, it seems: Defense, Justice, Interior, Commerce, Transportation, Energy and Homeland Security, plus the . Those poor saps at must feel like chopped liver.

But it gets funnier. "What the president's role is now is to protect this process from politics," McDonough said, "let the experts, the expert agencies and the Cabinet secretaries make their assessments both of the study ... as well as its impact on the national interest."

It all sounds so reasonable. The only problem is that the Keystone XL pipeline has been under constant study since the U.S. extension was proposed in 2008. The report -- weighing in at 11 volumes! -- was initiated for political purposes. In 2011, after extensive study, State called the pipeline the "preferred alternative."

The hitch is that environmental groups stupidly made the pipeline a litmus-test issue for climate seriousness. And so Obama's ordered a do-over that conveniently punted the decision until after the presidential election.

According to the , the overwhelming policy priority for Americans in 2014 is "strengthening the economy" (80 percent of respondents) and "improving the job situation" (74 percent). Dealing with global warming ranks second to last (29 percent).

But by all means, let's hear more talk about this being the year of action with heroic penmanship and red tape cutting. Because it appears talk is all we ever get.