Fear is Why Workers Vote Against Their Economic Self-Interest 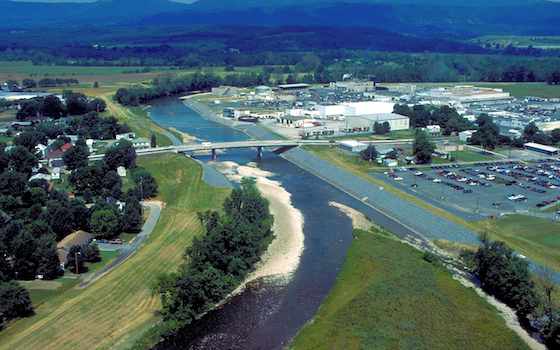 Fear is Why Workers Vote Against Their Economic Self-Interest

The recent massive spill of the toxic chemical MCHM into Elk River illustrates another benefit to corporate interests of high unemployment, economic insecurity and a safety-net shot through with holes. Not only are employees eager to accept whatever job they can get, but they are also unwilling to demand healthy and safe environments.

The spill was the region's third major chemical accident in five years, coming after two investigations by the federal in the , also known as "," and repeated recommendations from federal regulators and environmental advocates that the state embrace tougher rules to better safeguard chemicals.

No action was ever taken. State and local officials turned a deaf ear. The storage tank that leaked, owned by , hadn't been inspected since 1999.

Not even now, with the toxins moving downriver toward , can the residents of , and the surrounding area be sure their drinking water is safe -- partly because the government's calculation for safe levels is based on a single study by the manufacturer of the toxic chemical, which was never published, and partly because the , which supplies the drinking water, is a for-profit corporation that may not want to highlight any lingering danger.

So why wasn't more done to prevent this, and why isn't there more of any outcry even now?

The answer isn't hard to find. As , president of People Concerned About Chemical Safety, a citizens group formed after a 2008 explosion and fire killed workers at plant, explained to the : "We are so desperate for jobs in , we don't want to do anything that pushes industry out."

I often heard the same refrain when I headed the . When we sought to impose a large fine on the tire company for safety violations following the death of a worker at one of its plants in , the community was solidly behind us -- that is, until threatened to close the plant if we didn't back down.

The threat was enough to ignite a storm of opposition to the proposed penalty from the very workers and families we were trying to protect. (We didn't back down, and didn't carry out its threat, but the political fallout was intense.)

For years, political scientists have wondered why so many poor and working-class citizens of so-called "red" states vote against their economic self-interest. The usual explanation is that, for these voters, economic issues are trumped by social and cultural issues like guns, abortion and race.

I'm not so sure. The wages of production workers have been dropping for 30 years, adjusted for inflation, and their economic security has disappeared. Companies can and do shut down, sometimes literally overnight. A smaller share of working-age Americans hold jobs today than at any time in more than three decades.

People are so desperate for jobs that they don't want to rock the boat. They don't want rules and regulations enforced that might cost them their livelihoods. For them, a job is precious -- sometimes even more precious than a safe workplace or safe drinking water.

This is especially true in poorer regions of the country like and through much of Southern and rural America, where the old working class has been voting Republican. Guns, abortion and race are part of the explanation. But don't overlook economic anxieties that translate into a willingness to vote for whatever it is that industry wants.

This may explain why Republican officials who have been casting their votes against unions, against expanding , against raising the minimum wage, against extended unemployment insurance, and against jobs bills that would put people to work, continue to be elected and re-elected.

They obviously have the support of corporate patrons who want to keep unemployment high and workers insecure because a pliant working class helps their bottom lines. But they also, paradoxically, get the votes of many workers who are clinging so desperately to their jobs that they're afraid of change and too cowed to make a ruckus.

The best bulwark against corporate irresponsibility is a strong and growing middle class. But in order to summon the political will to achieve it, we have to overcome the timidity that flows from economic desperation. It's a diabolical chicken-and-egg conundrum at the core of American politics today.

"Fear is Why Workers Vote Against Their Economic Self-Interest"