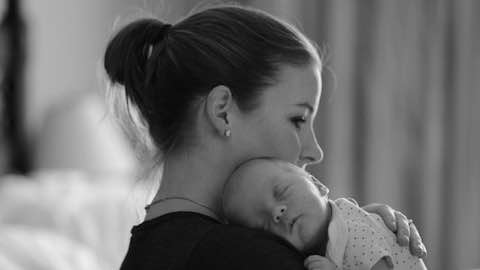 In the late 1950s, American women could expect to have 3.7 children, on average. By 2014, that number had dropped to 1.9. Women around the world are having fewer children than ever, and this decline in fertility rates could spell trouble for some countries. While those who believe that the world is already overpopulated consider this trend a good thing, countries in which the fertility rate is lower than the replacement rate might struggle economically in the future.

A woman's childbearing years are between ages 15 and 44, and fertility rate looks at how many children she'll have over that entire timespan. The fertility rate needed to maintain a static population size, also known as the replacement rate, is 2.1 children per woman.

Using data from the Population Reference Bureau, HealthGrove examined fertility rates around the world and looked at the current and forecasted economic implications.

Fertility in the United States

The higher fertility rates in emerging countries will contribute to larger workforces with more potential output, while developed countries with sub-replacement fertility rates, such as the United States, will have smaller workforces. The decrease in tax revenue from the shortage of workers could mean less care for the elderly or correspondingly higher tax rates in order to maintain social welfare programs.

In the U.S., for example, this demographic trend has contributed to the dire future of the Medicare system. Since its incipience in 1965, the number of tax-paying workers per beneficiary has declined from 4.6 to 3.1 in 2015. The Medicare Payment Advisory Commission expects that number to decrease to 2.3 taxpayers per beneficiary by 2030. According to this advisory commission, "fewer resources will be available to invest in growing the economic output of the future."

In the eastern hemisphere, Japan faces a similar problem. Japan's fertility rate hit an all-time low of approximately 1.3 children per woman in 2005. Acknowledging the demographic and economic crisis that this sub-replacement fertility rate could cause, Japan's government decided to monetarily incentivize reproduction...and it worked. In 2015, fertility hit its highest rate in 21 years.

However, at roughly 1.5 children per woman, the fertility rate still falls short of the necessary replacement rate. Financial incentives aside, many other factors -- such as career opportunity costs and the still unequal division of household labor -- greatly influence women's reproductive decisions.

Fertility and the Global Economy

Though the economic future of developed countries may seem grim, the global perspective is more promising. Despite decreasing fertility rates, women still have more than 2.1 children each on average, thus contributing to an increasing global population and a growing worldwide workforce. While the United Nations predicts that the global population will likely keep growing, the shaded region indicates that they recognize the possibility of continued fertility rate depression and a potentially shrinking population.

Because of this, immigration, especially of working-aged individuals, could help abate the imminent struggles of developed countries. The UN's Department of Economic and Social Affairs considers replacement migration a promising potential solution. Ironically, anti-immigration mentalities have taken a stronghold in many of these developed nations. Trump supporters in America and Brexit supporters in the United Kingdom are two prominent examples.

While the exchange of capital and working-age people between countries could be a solution to the mismatch of supply and demand, integrating migrant workers into local economies is much easier said than done. Issues such as language barriers, market flexibility and political agendas can greatly affect the extent to which migrants can help, or hurt, local markets.

However, aside from financially incentivizing couples to have children, as Japan has done, promoting immigration and increasing the flexibility of labor markets seems to be the most promising way to help future economies of developed, low-fertility nations.