Cities Where Coffee Costs the Most 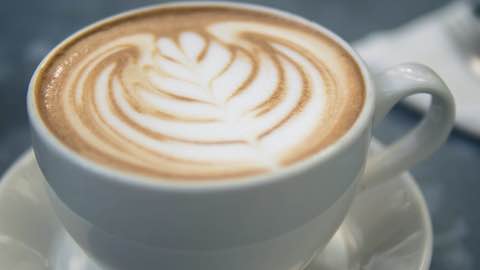 Cities Where Coffee Costs the Most

CareerTrends explored the relative cost of a simple luxury that most view as a morning necessity -- a cup of coffee.

When pursuing a job or a graduate program in a new location, it's often the accumulation of the small daily purchases that makes the cost of living bearable or not. While rent is of course the most substantial expense, the cost of a modest existence is also closely tied to the price of gas, food and drink around town.

To help you imagine how it feels to be an urbanite in various locales around the country, CareerTrends, part of the Graphiq network, explored the relative cost of a simple luxury that most view as a morning necessity -- a cup of coffee.

Using data from The Council For Community and Economic Research's Cost of Living Index, we found the 50 places where coffee costs the most. The ranking is determined by the price in each location of a 11.5 oz can of Maxwell House, Hills Brothers or Folgers.

The above visualization reveals that expensive coffee is quite common on the west coast. California tops the state leaderboard with eight of the top 50 cities, and Washington -- where Starbucks was founded and is based -- follows with seven of the top 50.

The most expensive nationwide is Honolulu, where a cup of coffee costs an average of $7.56. The costs needed to transport coffee to Hawaii is clearly passed onto the consumers in paradise. Coffee in Honolulu out-prices even the average San Francisco can by $1.50, by far the largest leap between adjacent entries on our list.

If you're vacationing in Honolulu, maybe it's best to just take your time getting out of bed and forego that morning boost of caffeine.

Economy: "Cities Where Coffee Costs the Most"