Cities With the Lowest Gas Prices 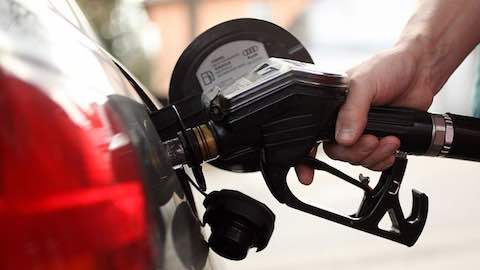 Cities With the Lowest Gas Prices

Nobody likes paying an arm and a leg at the gas pump. Fortunately, CareerTrends found the cities with the lowest gas prices in America.

The Fourth of July is perhaps the country's most beloved holiday, and this year, revelers had an additional reason to celebrate -- the national average price for a gallon of gasoline dropped to $2.29, the lowest price in 13 years. The price had dropped seven cents by month's end, most likely a result of lower oil prices and "an abundant gasoline supply," according to industry analyst Trilby Lundberg.

This is good news for everybody, but where are people especially pumped about the lower prices? CareerTrends -- an employment and career research site powered by the Graphiq network -- found the cities with the lowest gas prices. The data comes from the Council for Community and Economic Research's Cost of Living Index, which is compiled by pricing items across different locations at a specified time. The list is ranked by the cost of one gallon of regular unleaded gas from a national brand, including all taxes.

Each city included has an average gas price of $2.16 or less, and the South is the most represented region. Five of the top 10 cities are located in Oklahoma, but the Sooner State does not lay claim to the city with the cheapest gas -- that distinction goes to a location where gas costs less than $2 per gallon. The cost of gas has fluctuated quite a bit over the years, but it appears to be trending in the right direction for consumers.

If we go broader to see the 200 cities with the cheapest gas prices, we see a vast majority of cities in the Eastern half of the country. All 200 cities have gas prices under $2.50 per gallon, and the Midwest has much more representation.

So if you're planning on taking a cross-country road trip, use the map to find out where the best places to stop for a fill-up are -- and be sure to gas up before you reach the Western states.

Note: In the event of ties, the city with the highest population was ranked ahead on the list.