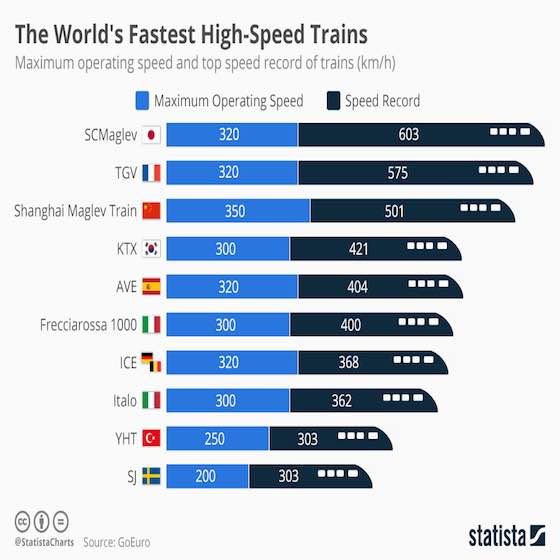 This chart ranks the maximum operating speed and top speed record of trains around the world.

Following two crashes that killed 40 people, China's fleet of high-speed trains had their speed capped at 300km/h. However, some of the trains are permitted to run at 350km/h, shaving nearly an hour off the journey time between Beijing and Shanghai.

That follows the introduction of an improved monitoring system that will slow and stop the trains in the event of an emergency.

As can be seen from the infographic compiled from GoEuro data, China's trains have the highest operating speed of any fleet worldwide, beating the French TGV and Japanese SCMaglev. When it comes to the record books, the latter does hold the world speed record at a blistering 603km/h.