World War I and the Transformation of the World 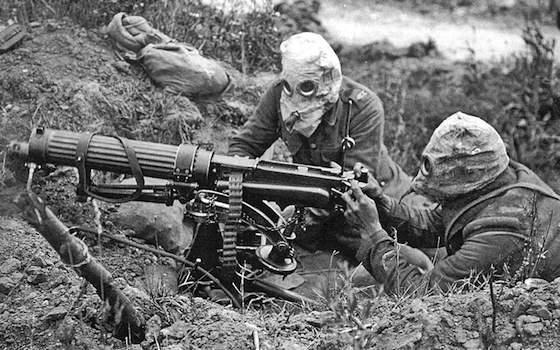 World War I and the Transformation of the World

This past summer marked the centennial of the outbreak of World War I, perhaps the most transformative war in history. While the wars of the French Revolution and the Napoleonic wars harnessed national populations in a way not previously seen since the emergence of the modern state system, World War I combined the mobilization of both populations and industrial power, enhanced by technology, to produce a most lethal form of warfare.

Winston Churchill foresaw the way that the next European war would differ from those that had occurred before. Speaking before the House of Commons in May of 1901, he observed:

In former days, when wars arose from individual causes, from the policy of a Minister or the passion of a King, when they were fought by small regular armies of professional soldiers, and when their course was retarded by the difficulties of communication and supply, and often suspended by the winter season, it was possible to limit the liabilities of the combatants. But now, when mighty populations are impelled on each other, each individual severally embittered and inflamed—when the resources of science and civilization sweep away everything that might mitigate their fury—a European war can only end in the ruin of the vanquished and the scarcely less fatal commercial dislocation and exhaustion of the conquerors. Democracy is more vindictive than Cabinets. The wars of peoples will be more terrible than those of kings.

Churchill was right. The war's destruction was unprecedented for all the reasons he cited.

One hundred years after the outbreak of the war, there is still no firm consensus about its cause or causes. As J. Furman Daniel III observed in his review of new World War I literature in our winter 2013 volume of Orbis, the multitude of explanations include: the dominance of offensive operations in the war plans of the European states; faulty assumptions regarding the costs and duration of the conflict; misinformation and misperception; an entangling and rigid system of alliances; arms races and the security dilemma; a failure of crisis management among European diplomats; the predominance of militarism, nationalism, Social Darwinism and other cultural factors, and systemic shifts in relative capabilities among the great powers.

For some historians, "mistakes were made but no one made them." In any event, the Great War seems to validate Otto von Bismarck's observation that "the mistakes that have been committed in foreign policy are not, as a rule, apparent to the public until a generation afterwards."

If there is no consensus regarding the causes of the war, the world is still living with its consequences. George Kennan once observed, regarding the maladies of the twentieth century, that “all the lines of inquiry lead back to World War I.” Indeed, the Great War redrew the map of Europe by destroying the Austro-Hungarian and Russian Empires. In so doing it unleashed nationalism, the disruptive characteristics of which still plague us today. It also paved the way for the great ideological conflicts of the twentieth century by unleashing the forces of state-based communism and fascism. And it created the modern Middle East, as it led to the collapse of the Ottoman Empire and the emergence of a hard-core Islam.

Sir Edward Grey, the British Foreign Secretary, said it best when he observed, following Britain's declaration of war against Germany, that "the lamps are going out all over Europe. We shall not see them lit again in our lifetime." Grey died in 1933 as the second act of the tragedy—the emergence of fascism and communism—was taking shape. That was the year that Hitler outlawed all political parties in Germany except for the Nazis.

For Western Europe, the lamps came back on after World War II. For Central and Eastern Europe, they were not illuminated again until the collapse of the Soviet Union in 1989. And in the Middle East they remain off.

Since the 1990s, it has become commonplace to argue that major wars were no longer possible due to economic interdependence and "globalization." But the last time the world was as economically inter-dependent as it is today was in 1914. In the first volume of his memoir The World Crisis, Churchill mocked this sort of fatuous optimism as it manifest itself during the Agadir crisis of 1911, which although it was peacefully resolved, marked another milestone on the road to Armageddon:

[War] is too foolish, too fantastic, to be thought of in the 20th Century…. Civilization has climbed above such perils. The interdependence of nations in trade and traffic, the sense of public law, the Hague Convention, liberal principles, the Labour Party, high finance, Christian charity, common sense have rendered such nightmares impossible. Are you quite sure? It would be a pity to be wrong.

As Michael Neiberg observes in his Orbis essay, we must be careful about using historical analogies. But there are some troubling parallels between the late nineteenth and early twentieth centuries and today. From the defeat of Napoleon until the various crises that arose after the 1880s, Great Britain acted as a hegemonic power that maintained a relatively free, open, and efficient world economy. It did so by providing the world with the collective goods of economic stability and international security.

But the decay of Pax Britannica created the necessary, if not sufficient conditions for the two world wars of the twentieth century. As British hegemony declined, smaller states that previously had incentives to cooperate with Britain "defected" to other powers, causing the international system to fragment. The outcome was depression and war.

The decline of American power could lead to a similar outcome. As the late Samuel Huntington observed, "A world without U.S. primacy will be a world with more violence and disorder and less democracy and economic growth than a world where the United States continues to have more influence than any other country in shaping global affairs. The sustained international primacy of the United States is central to the welfare and security of Americans and to the future of freedom, democracy, open economies, and international order in the world."

Is a world without U.S. primacy the one we really want? As Churchill might say, it would be a pity to be wrong.

Mac Owens is Editor of Orbis, FPRI’s quarterly journal of international affairs, and Senior Fellow at its Program on National Security. He is also Professor of National Security Affairs at the Naval War College in Newport, Rhode Island.

"World War I and the Transformation of the World"