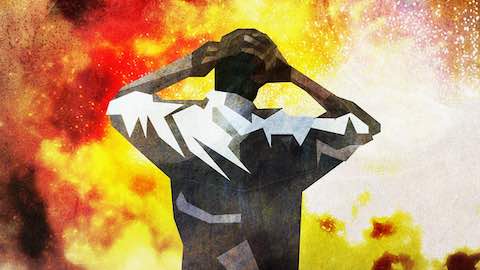 by Marco Funk and Florian Trauner

There's no question that US-EU counterterrorism cooperation has yielded more benefits than not, observe Marco Funk and Florian Trauner. Nevertheless, disagreements still remain, including those focused on data processing and protection, Washington's Visa Waiver Program and its selective reliance on bilateral accords, etc.

The rise of Islamist terrorism on both sides of the Atlantic has led to ever closer cooperation between the EU and the US. Joint responses to this common security threat are wide-ranging, and include actions targeting the Islamic State of Iraq and the Levant (ISIL), as well as the exchange of data that could be used to prevent or investigate a terrorist attack. European and US law enforcement agencies work together through several joint programmes such as the Terrorist Finance Tracking Programme (TFTP), which has provided more than 16,700 intelligence leads since it was launched in 2010.

Despite the vital importance of transatlantic cooperation, the EU-US relationship has not always been harmonious in this domain. Indeed, the EU and the US have had to restore mutual trust that was badly shaken by the 2013 revelations by Edward Snowden about surveillance activities conducted by the US National Security Agency (NSA). Two new transatlantic agreements signed in September 2015 and February 2016, respectively, require American companies and government agencies to comply with stricter rules governing the protection of Europeans’ personal data.

The US has a long track record of counter-terrorism cooperation with individual EU members, in particular France, Germany and the UK. It started working more closely with the EU as a whole after 2001, when the Bush administration signed a key agreement with Europol on countering terrorism, money laundering, and trafficking in humans, drugs, nuclear and radiological substances. This agreement covers the exchange of strategic and technical information on new trends and developments on serious crimes. In 2002, a supplementary agreement between Europol and the US paved the way to exchanging the personal data of suspected criminals and authorised the deployment of liaison officers from relevant agencies on both sides of the Atlantic. In May 2004, information on airline passengers was first exchanged in a systematic manner between EU and US law enforcement authorities under the Passenger Name Record (PNR) agreement.

EU-US cooperation has since expanded and now covers terrorist financing, foreign fighters, container security and irregular migration. The EU and US have also simplified their extradition procedures and promoted mutual legal assistance, for instance by setting up joint investigative teams or enabling video conferencing in proceedings. Information is now swapped primarily through the Secure Information Exchange Network Application (SIENA), a platform for law enforcement cooperation between Europol, EU member states and third parties that have agreements with Europol, including the US. The US is Europol’s largest partner in terms of the number of joint cases conducted, and the Federal Bureau of Investigation (FBI) is the US agency that contributes the highest volume of information to the EU.

Some US sceptics initially worried that EU-US collaboration could weaken bilateral law enforcement relationships with key European partners. Yet both the Bush and Obama administrations decided that the benefits outweigh the risks. Nevertheless, the US has at times preferred to cooperate bilaterally for matters relating to homeland security. A case in point is how the US made access to its Visa Waiver Program conditional upon the signing of bilateral agreements on counter-terrorism and law enforcement information-sharing for some Central European member states. A main concern regarding these bilateral agreements with the US was whether the data of EU citizens sent to the US would be protected at a standard comparable to that of an EU-wide agreement.

The US Visa Waiver Program has not been the only problematic issue for Europeans: the transatlantic exchange of data has also led to tensions between EU institutions. While the Council has tended to focus on the security-related benefits of processing personal data, the European Parliament has advocated data protection instead. It expressed serious concerns about US surveillance activities following the Snowden revelations, and even passed a non-binding resolution recommending the suspension of the TFTP. Cecilia Malmström, then European Commissioner for Home Affairs, called on the US to provide more information about its use of data provided by Europeans.

A subsequent review of the TFTP carried out and published jointly by the European Commission and the US Treasury Department in November 2013 concluded that existing safeguards were being respected. The report was a part of broader efforts to re-establish trust, and culminated in the signing of the EU-US ‘Umbrella Agreement’ in September 2015. This agreement provides a new regulatory framework to protect personal data (for example names or criminal records) exchanged for law enforcement purposes. Most importantly, EU citizens now have the same access to judicial redress in the US as US citizens.

Another agreement, the EU-US Privacy Shield signed in February 2016, governs the exchange of data for commercial purposes – data which are also relevant to law enforcement and counter-terrorism efforts because the US government will be required to respect certain limitations, safeguards and oversight mechanisms when accessing the personal data of Europeans gathered by US firms. The new agreement seeks to address privacy-related concerns expressed in an October 2015 ruling of the Court of Justice of the EU, which invalidated the previous ‘Safe Harbour’ arrangement.

EU-US counter-terrorism cooperation deepened further following the January and November 2015 attacks in Paris. In February 2015, the US signed two new agreements with Europol related to irregular migration and ‘foreign fighters’. The latter ‘Focal Point Travellers Agreement’ provides a platform for member states to share information on facilitators of foreign fighter travel and recruitment, as well as their sources of financing, thus allowing Europol analysts to identify and report on connections, patterns and operational methods.

European and US special investigators established the ‘Task Force Fraternité’ to analyse the November attacks, relying on data available through the PNR agreement and the TFTP. US authorities are also involved in the work of Europol’s new European Counter Terrorism Centre (ECTC) as it seeks to track terrorists’ funding sources. Furthermore, the Obama administration has welcomed the idea of creating an EU PNR system, which the US could gain (limited) access to. The EU’s proposed PNR directive includes the possibility of transferring PNR data to a third country on a case-by-case basis.

The US is interested in expanding cooperation further to include irregular migrant identity screenings, which could be conducted by European immigration authorities registering new arrivals in individual member states. American diplomats have raised the issue repeatedly in bilateral talks, yet no such partnerships have resulted thus far. European reservations stem from data protection concerns, as the US would systematically compare biometric data of newly-arrived migrants to extensive databases on known foreign fighters, former enemy combatants and fingerprints found on battlefield Improvised Explosive Devices (IEDs), among others. However, the US has proposed a ‘red light/green light’ system based on anonymous data that may address these concerns. An already existing US Department of Homeland Security (DHS) programme with the Canadian asylum authorities to screen asylum applications may serve as a model in this regard.

Current EU-US counter-terrorism cooperation is hence characterised by a desire to enter new areas of data exchange and fix the data protection concerns highlighted in court rulings and political statements. Only a balanced and functioning EU-US relationship will contribute to countering the persistently high threat of terrorist attacks while respecting the common values both parties stand for.