The New Tribalism and the Decline of The Nation-State 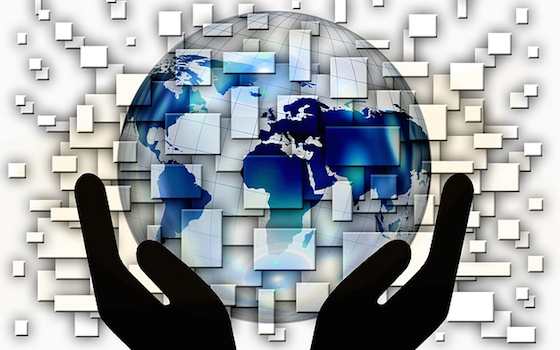 The New Tribalism and the Decline of The Nation-State

We are witnessing a reversion to tribalism around the world, away from nation-states. The same pattern can be seen even in America -- especially in American politics.

Before the rise of the nation-state between the 18th and 20th centuries, the world was mostly tribal. Tribes were united by language, religion, blood and belief. They feared other tribes and often warred against them. Kings and emperors imposed truces that were temporary at best.

But in the past 300 years, the idea of nationhood took root in most of the world. Members of tribes started to become citizens, viewing themselves as a single people with patriotic sentiments and duties toward their homeland.

Over the last several decades, though, technology has whittled away the underpinnings of the nation-state. National economies have become so intertwined that economic security depends less on national armies than on financial transactions around the world. Global corporations play nations off against each other to get the best deals on taxes and regulations.

News and images move so easily across borders that attitudes and aspirations are no longer especially national. Cyberweapons, no longer the exclusive province of national governments, can originate in a hacker's garage.

In a world where everyone and everything is interconnected, the connections that matter most are again becoming more personal. Religious beliefs and affiliations, the nuances of one's own language and culture, the daily realities of class, and the extensions of one's family and its values -- all are providing people with ever greater senses of identity.

The nation-state, meanwhile, is coming apart. A single -- which seemed within reach a few years ago -- is now succumbing to the centrifugal forces of its different languages and cultures. The is gone, replaced by nations split along tribal lines. Vladimir Putin can't easily annex the whole of , only the Russian-speaking part. The Balkans have been Balkanized.

Separatist movements have broken out all over -- Czechs separating from Slovaks; Kurds wanting to separate from , and ; even the Scots seeking separation from .

The turmoil now consuming much of the stems less from democratic movements trying to topple dictatorships than from ancient tribal conflicts between the two major denominations of Islam -- Sunni and Shia.

And what about America? The world's "melting pot" is changing color. Between the 2000 and 2010 censuses, the share of the U.S. population calling itself white dropped from 69 percent to 64 percent, and more than half of the nation's population growth came from Hispanics. It's also becoming more divided by economic class. Increasingly, the rich seem to inhabit a different country than the rest.

But America's new tribalism can be seen most distinctly in its politics. Nowadays the members of one tribe (calling themselves liberals, progressives and Democrats) hold sharply different views and values than the members of the other (conservatives, Tea Partiers and Republicans).

Each tribe has contrasting ideas about rights and freedoms (for liberals, reproductive rights and equal marriage rights; for conservatives, the right to own a gun and do what you want with your property).

Each has its own totems (social insurance versus smaller government) and taboos (cutting entitlements or raising taxes). Each has its own demons (the and ; the Affordable Care Act and ); its own version of truth (one believes in climate change and evolution; the other doesn't); and its own media that confirm its beliefs.

The tribes even look different. One is becoming blacker, browner and more feminine. The other, whiter and more male. (Only 2 percent of voters were African-American, for example.)

Each tribe is headed by rival warlords whose fighting has almost brought the national government in to a halt. Increasingly, the two tribes live separately in their own regions -- blue or red state, coastal or midsection, urban or rural -- with state or local governments reflecting their contrasting values.

I'm not making a claim of moral equivalence. Personally, I think the Republican right has gone off the deep end, and if polls are to be believed a majority of Americans agree with me.

But the fact is, the two tribes are pulling America apart, often putting tribal goals over the national interest -- which is not that different from what's happening in the rest of the world.

"The New Tribalism and the Decline of The Nation-State"