The Myth of the Strong Leader 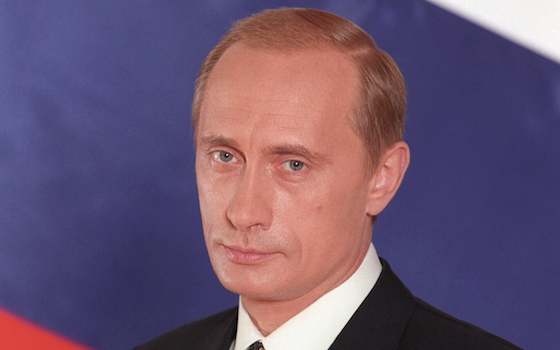 The Myth of the Strong Leader

Archie Brown, Oxford professor of politics and author of "The Myth of the Strong Leader: Political Leadership in the Modern Age

", explains why strong leaders are overrated and a collegiate style yields better results

You've written that strong leadership is a myth. What is the best form of leadership?

By a strong leader I mean one who dominates colleagues, the policy process, and concentrates a maximum of power in his or her hands. I think that far too much praise is given to that kind of leader. I argue that good leadership is much more frequently more collegial.

Who have been the best US presidents?

It's very difficult to be a strong leader in the sense I have identified it in the US because there are so many constraints on presidential power. Perhaps the only two redefining leaders of the 20th century were and , who was quite exceptional. Thanks to his vast experience he was more successful in getting legislation through than any post-war president. Obama, in contrast, has been greatly constrained. He would not be widely regarded as a strong leader. But that's not the most important criterion for judging a good leader. There are a number of things that are more important, such as integrity, collegiality, a questioning mind, a willingness to seek disparate views, articulateness, flexibility and ideally vision. Obama has got most of those qualities.

You have written more than a dozen books on and the USSR. What's your opinion of Vladimir Putin?

In , there is a tradition of looking up to a strongman. In many respects Putin seems to fit that bill. He's not a dictator in the Stalin style. Far from it. But he is the dominant political actor in and quite popular. But there is a caveat. It is easier to be popular if your political opponents are denied a platform and media coverage, especially on TV.

Is Putin good for ?

I don't think one-person leadership is good for any country and it's an unfortunate tradition in . The Putin presidency has in many respects been a reaction against the Yeltsin years, especially the irresponsible power of the people who, as the Russians put it, were 'appointed billionaires'. Now they can keep their vast wealth, provided they display loyalty to the state and provide resources for whichever projects the leader favours.

Will Putin be satisfied with Crimea or does the appetite grow with eating?

Putin has become more confident over the years and there's a danger that he may become overconfident. At the same time, we should recognise that the annexation of Crimea is supported by the majority of the Russian political elite and indeed by most of the population. We must also see it in the context of the expansion of in the post-Soviet period. A more visionary leadership in the Western world at the end of the Cold War would have created, with , a new European security structure which would probably have consigned as well as the Warsaw Pact to the history books.

Instead, the expansion of into the former has made many Russians, not just Putin, feel that the West is engaging in a new Cold War directed against them. We need to take into account that context, but this doesn't mean that one should accept or regard as legitimate what has just happened in .

The great majority of international lawyers, as well as , who was Lord Chief Justice of and , regarded our intervention in as against international law. It is seen in as the height of hypocrisy. They see Western countries recognising a need to intervene when it suits their interests and then regarding it as an outrageous and unique contravention of international law if does so.

Which prime ministers do you admire?

Churchill as an inspirational leader. Baldwin was in many ways an outstanding prime minister, and of course a very collegial one. Attlee, likewise. People speak of Attlee making policy but his achievement was, rather, to hold a strong and disparate team together.

She was determined to impose her stamp on the whole administration. As time went on, she became more certain that she was right about everything and that was her undoing.

Archie Brown, The Myth of the Strong Leader: Political Leadership in the Modern Age

"The Myth of the Strong Leader"