The Limits of Strategic Thinking 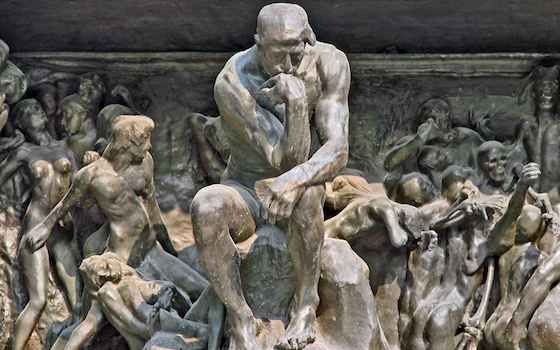 The Limits of Strategic Thinking

Strategy is something which nearly everybody from the business class through to the wider foreign policy community thinks is important. Indeed, no self-respecting organization would ever admit to not having a strategy.

Few, though, seem to know what strategy is precisely. Many would deny it is even possible in our post-modern world, with all its uncertainties and black swans. And quite a few complain that politicians and businessmen are so preoccupied with the shortterm -- getting re-elected or keeping shareholders happy -- that strategic thinking is virtually impossible.

Nor is this a problem facing the democratic West alone. appears to have lost the plot altogether veering between declarations of a 'peaceful rise' and a series of aggressive policies that look like being anything but.

Meanwhile, back in , not a day goes by without yet another world-weary guru telling us that for all his wisdom and learning, President Obama lacks the one thing that might help him engage with the world more effectively: a grand strategy.

Hew Strachan addresses these questions head on, suggesting among other things that if modern policy-makers were better acquainted with history they might be making fewer mistakes today. Nonetheless, he appears to trace the sources of the dilemmas facing policy-makers to more recent changes in the international system.

It all began to go badly wrong in 1989. As he points out, those who had once been engaged in strategic studies were 'beached' by the end of the Cold War. They were then left in confusion by the declaration in 2001 of a 'global war on terror' -- a 'war' which in his view was more a statement of policy than a statement about strategy.

Indeed, this new so-called war was 'astrategic' (his term) in-so-far as it had no political goal, lacked geographical focus and was bound by definition to create a field of operations 'too big for even the world's only superpower'.

Strachan takes few prisoners. Post-9/11, both Bush and Blair were strategically illiterate. But the problem was not theirs alone. Long before they began planning for war against , the very idea of strategy was facing an 'existential crisis' having been robbed of any serious or precise meaning by its misuse or over-use by governments in the 1990s; governments that had invented all sorts of 'strategies' to deal with all sorts of issues when in fact they were just pursuing mere policies.

Strachan is clear. Strategy is not the same thing as policy. Rather, it is all-embracing involving, as it does, an orientation towards the future, a declaration of intent, and, logically enough, an indication of the means required to fulfil that intent.

But he suggests something else as well: that the now fashionable idea of 'grand strategy' (to be distinguished from military strategy) is fraught with all sorts of dangers, the most obvious being that it is just far too ambitious. More than that, by extending the timeline into some distant future it makes it almost impossible to think or plan strategically.

As Strachan observes, 'if strategy is a matter of combining means, ways and ends, what are the ends towards which a state, nation or group is aiming when it cannot be precise about the future context within which its means and ends are being applied?'

If Strachan's book -- The Direction of War: Contemporary Strategy in Historical Perspective

-- might be criticized for being a tad too pessimistic when it comes to modern strategy, book -- Strategy: A History

-- might be accused (by some) of being so erudite, so wide-ranging, and so knowledgeable, that there is very little left for other strategists to write about in the future.

Even to call his volume 'titanic' does not capture the scale of his impressive achievement. No single book on strategy is as intellectually intimidating; and none moves as easily as his does across time and space.

There is the usual line-up of 'suspects', from and Clausewitz through to Kahn and Schelling. But this I think is one of the first serious books on the subject that also deals with the likes of Bakunin, Marx and Gandhi.

Nor does Freedman ignore the rise of strategic thinking in the business world, where 'strategy' as a subject has mushroomed over the past 25 years into an industry. Some of the best sections in the book are those that deal with the business of business and the ways that some writers borrowed heavily from classical strategic thinking.

Thus , of the , we are told, drew explicitly from in the early 1960s. was later discovered by business strategists and, according to Freedman, 'generated a whole library offering insights from the master'. Even Tony Soprano, the eponymous mob boss of The Sopranos, thought that reading what some 'Chinese general' had said 2,400 years ago gave him a competitive edge.

But in the end does any of this really matter or matter as much as writers on strategy suggest? Indeed, after having read these two wonderful volumes, I began to ask myself not does strategy matter -- selfevidently it does -- but rather how much does it matter?

After all, the Allies won the Second World War not because they had superior strategies but because, taken together, they were simply more powerful than the militarily more efficient Third Reich.

It would not be pushing the boat out too far either to suggest that the much later victory for the West in the Cold War was not due to superior thinking -- think of how many foreign policy gaffes were committed by the Americans -- but because capitalism was more productive than what passed for socialism.

In the same way, the success of modern in world politics is less likely to be determined by its leaders' grasp of strategy (in my view they have very little grasp or no grasp at all), but by the sheer size of the Chinese economy and the ability of the regime to deploy its increasingly vast economic assets in such a way as to either intimidate, neutralize or incorporate other actors in the international system.

Of course, this does not mean that we should not study or try and think inventively about strategy.

Still, good strategic thinking can only achieve so much. Strategists have to keep one simple thing in mind: strategy, Freedman concludes, has 'its limits'.

"The Limits of Strategic Thinking"