The Instrumentalisation of History 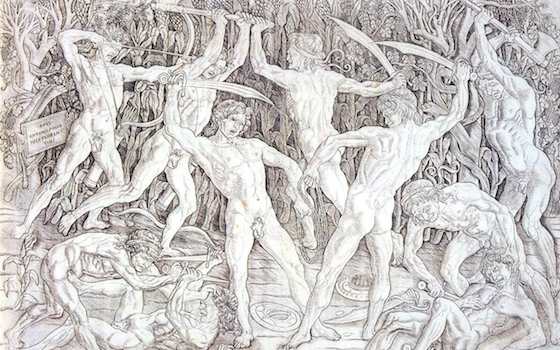 The Instrumentalisation of History

Is it appropriate to analogize contemporary security problems with those that existed in the past? Not according to Huw Davies. As he sees it, instrumentalizing history can be both misleading and counterproductive, particularly if its context is not properly understood

History is a dangerous thing. Parallels between contemporary events and history are all too easy to arrive at. In unskilled hands, historical events can be manhandled to seemingly deliver lessons and solutions to apparently intractable contemporary problems. This is ‘instrumentalising’ history. In reality, history can be misleading, its so-called ‘lessons’ proving counter-productive if their context is not properly understood.

In the last decade, numerous such ‘lessons’ have been bandied around as a means of resolving some of the more stubborn issues facing the West. Historians, armchair strategists and soldiers alike have looked to Britain’s long and turbulent history in Afghanistan as a means of suggesting solutions to the ongoing Taliban insurgency.

Similarly, Lawrence of Arabia has been held up as a panacea of how to resolve the newly emerged threat from Islamic State. Imperfect parallels have been drawn between the French Revolutionary and Napoleonic era and the rise of IS. Hawkish politicians cannot help but draw ill-fitting analogies between the actions of Hitler toward Czechoslovakia and Poland in the 1930s, and Vladimir Putin and Russia’s recent entanglements in Georgia and Ukraine.

In part, this is a media-generated hyperbole, as seemingly easy parallels lend themselves to sensational stories. But used as a means of detecting a way forward, as an influence on policy-making, history incorrectly understood is very dangerous.

The first casualty of instrumentalising history is almost invariably the context in which that history occurred.

Comparison of Revolutionary France with the rise of the Islamic State is an interesting proposition. Sure, it is fascinating to note the rise of a revolutionary organisation bent on the transformation and subjugation not just of one country but an entire continent, and which uses gruesome public beheadings as a means of creating terror and provoking war.

But the extended argument is basically a call to arms, in favour of the use of Western ground forces in the developing campaign against IS militants. I find this a difficult thesis to agree with, and one that reflects the instrumentalisation of history for subjective ends.

Britain’s strategy in the war against Revolutionary France and then Napoleon, so the argument goes, saw the British initially try to defeat France by means of seapower alone. But although British command of the sea was virtually unassailable after 1805, Britain was eventually forced to deploy ground troops in a war in the Iberian Peninsula. Britain also assembled no fewer than seven coalitions of the Great Powers of Europe in order to defeat Napoleon.

The parallel invoked here is that the United States is the only power capable of, or willing to, assemble an international coalition to defeat IS. That coalition would lack moral backbone if the US, and by extension her western allies, did not deploy ground forces to Iraq and Syria.

The only way to defeat a land-power, whether Napoleonic France or the Islamic State, is on land. The truth of this assertion is unchallengeable, but the context in which these decisions were taken is.

But the parallel, and therefore the lesson, falls apart when the context in which Britain fought the Napoleonic War is understood. Until 1807, Britain hoped to contain Napoleonic France – hence the use of maritime power to isolate France economically.

But in 1807, it became apparent to the British government that Napoleonic France represented an existential threat to the British monarchy. The serious deployment of troops to the continent was not really an effort to defeat Napoleon directly – the British Army was no where near big enough or capable enough to do that. Rather, the use of ground troops was a political tool to enable to construction of an international coalition, and to give Britain sufficient diplomatic weight for forthcoming peace negotiations.

More generally, however, this was a European war, that required a European solution. The eventually peace negotiations – the famous Congress of Vienna – was not imposed by outside powers, but the coming together of the Great Powers of Europe in a settlement that would also see the creation of the Concert of Europe – the first attempt at international governance, and one that would essentially keep global peace for a century.

So, when compared with the situation in Iraq and Syria, the parallels now seem threadbare. First, the Islamic State do not represent an existential threat to either the United States or her Western allies. Secondly, by leading an intervention in Iraq and Syria, the United States is not mirroring the British role of building an international coalition in the war against France, which was, in essence, a Western solution to a Western problem. Instead, the US is intervening in a socio-political conflict with a strong religious dimension – a Western attempted solution to a Middle Eastern/Islamic problem. A better (although still imperfect) historical parallel is the Peace of Westphalia, which saw the war-torn countries of Europe agreeing the principles of the nation-state that still persist to this day.

Similarly, the actions of Lawrence of Arabia are usually spoken of with little regard for the context in which they occur. Lawrence was able to raise an Arab rebellion against the Ottoman Empire because of widespread discontent with Ottoman rule, set within the wider context of the global schism that was the Great War.

Moreover, by focussing on Lawrence alone – and his famous Pillars of Wisdom – the contribution of other, less media savvy – and Hollywood friendly – characters are overlooked. Indeed, Lawrence was not being particularly original. Similar pithy expressions have been uttered down the ages, from Sun Tzu to Maurice de Saxe, both of whom faced irregular threats during extensive military careers, and thought long and hard about how to capture their ideas for posterity.

This issue speaks to a second problem with the instrumentalisation of history: namely the role and value of the great men of history. The two examples discussed here focus on the fame or infamy of two great historical figures: Napoleon Bonaparte and T. E. Lawrence.

Yet the notion that individuals wield sufficient power to alter the course of history has been widely discredited. Rather their actions have greater impact because of the historical accident of living in interesting times. Napoleon took advantage of enormous socio-political currents that were transforming society and politics, as well as warfare, across Europe. The impact he had was certainly not all his own making, whilst many of the adaptations and innovations in warfare that Napoleon allegedly introduced were in fact devised by others, such as Lazare Carnot and Jacques Antoine Hippolyte, Comte de Guibert.

Having illustrated the problems with instrumentalising history, how can history be of use in understanding contemporary events?

The first victim of the instrumentalisation of history is also its first lesson. Historical study can provide valuable context.

One does not really understand the strong-arm tactics of Vladimir Putin and his desire for a secure and strong buffer between Russia and the West without understanding Russia’s long and turbulent history.

The societal and religious divisions that are coming to the fore now in Iraq and Syria are themselves products of a bygone colonial era.

The nature of the international system, and the history of the norms and behaviours between Western states and the international community is the product of the West’s own turbulent history: from the Treaty of Westphalia in 1648 to the Concert of Europe in 1814.

Contextualising events helps to unpack their causes and potential consequences. History provides the tools to understand properly contemporary events. Deploying poorly understood historical parallels in order to justify or argue for a certain course of action only degrades the value of history.

"The Instrumentalisation of History"