The Global Pyramid Of Wealth 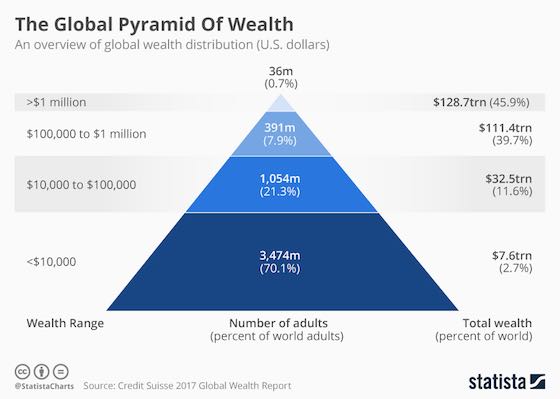 The Global Pyramid Of Wealth

The Staggering Scale Of Global Financial Inequality. This chart provides an overview of global wealth distribution in U.S. dollars.

The level of financial inequality around the world is staggering.

According to a new Credit Suisse report, 45.9 percent of global household wealth is in the hands of just 0.7 percent of the world's population. Those 36 million individuals control a mind-boggling $128.7 trillion, as can be seen from the following the pyramid.