The Audacity of a Pope | World News & International Current Events

The Audacity of a Pope 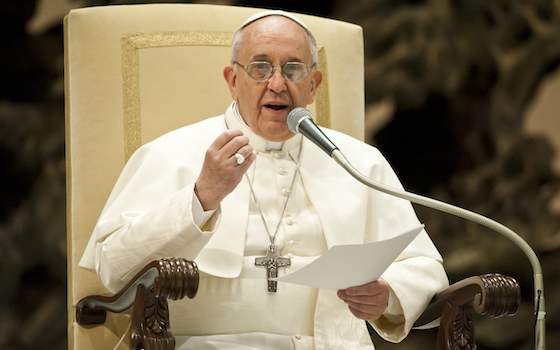 The Audacity of a Pope

Will turn out to be the Vatican equivalent of President Obama, delivering much less than he seemed to promise? The year ahead will show. But already the signs are that Francis could turn out to be one of the most radical reforming popes of modern times.

So far it is Francis's gestures of audacious humility that have made him one of the most talked about people this year: turning up to official events in a Ford Focus, carrying his own suitcase, living in a hostel and taking his meals in its refectory.

Unlike previous popes, he seems to live in the real world: cold-calling people who write to him; taking smartphone selfies with teenagers; and donning a clown nose for a photo with newlyweds. And he has condemned the Church's past obsession with 'smallminded rules', attacked previous popes as 'narcissists' and announced he will not judge gay people, overturning decades of Vatican hostility to homosexuals.

Yet the new Pope does not confine himself to words and gestures.

He has moved swiftly to reform a scandal-hit Vatican bank accused of involvement with money laundering. He ordered the closure of 900 suspicious accounts at the , as it is officially known. He has appointed a five-strong commission of outsiders, including a female law professor, and given it plenipotentiary powers to override all other authorities.

He has set up a , known now as the C8, to overhaul the Vatican constitution and the Curia, the Church's dysfunctional and careerist bureaucracy. All eight cardinals have previously been fierce critics of the Curia which is supposed to serve local churches throughout the world but has in recent decades acted as though it were their master. One ecclesiastical historian has described the setting up of this council of direct advisers as the 'most important step in the history of the Church for the past 10 centuries'.

He has set up a Synod on the Family which meets in October to look at how to put a more human face on Church teachings on sexuality. And he has even launched a questionnaire -- unprecedented in the history of the Vatican -- to find out what ordinary Catholics think about issues such as contraception, pre-marital sex, divorce and same-sex partnerships.

The new Pope could face a backlash from conservatives over all this. Traditionalists were horrified when he included women, one of whom was a Muslim, in the Easter footwashing ritual.

They fear he is unsympathetic to the old Latin Mass, which the revolutionary overturned in the 1960s but which his predecessor Benedict XVI had been stealthily reintroducing. That is an important symbol of change.

Conservative theologians and bloggers have a problem because part of their traditionalist ecclesiology is the notion that the Pope is always right. But they have begun to express alarm. In the Vatican, however, reactionary forces are, as yet, keeping their heads below the parapet. Some hope to wait out the 76-year-old pontiff. Others are still working out how to handle him.

Francis is uncompromising about many of the things they hold dear. Their brocade, lace and incense are out of favour. He fiercely condemns clerical careerism, cautioning against the intoxication of 'power and pleasure'.

Personnel is changing. At the top of the Church, Francis is replacing conservatives with more open-minded officials. Some 30 priests in the Curia, many of them close associates of the most conservative figures promoted by Pope Benedict, have already been told they are going home.

But Francis is being wily. He has made conciliatory overtures to one of his fiercest conservative critics, Archbishop Agostino Marchetto. He has announced that in he will name some new cardinals; whom he choses will be revealing. He may well be very careful. He knows there are a lot of people who feel they have much to lose.

He also knows he is confronted by a paradox. Francis could introduce big changes like an absolute monarch, for that is how the papacy is set up. Instead, he wants to reform it so that future popes cannot not act like that, but be bound to act collegially with the bishops and the wider Church. He has to find a way to lock that into any reforms.

His opponents should not underestimate his political sophistication and shrewdness. While researching a biography of Francis, I discovered the ruthlessness with which he handled problems in his native . But he also underwent a profound spiritual conversion which turned him from an authoritarian reactionary into an icon of humility and a champion of the poor.

He understands the conservative mindset because he used to be a conservative himself. Yet he changed. And now he seems determined to change his billion-member Church in the same way.

is author of Pope Francis: Untying the Knots

"The Audacity of a Pope"