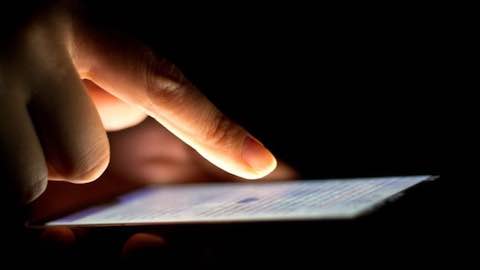 The concern with modern technology is that it has the capability of imposing a value system and influencing populations, thus creating an authoritarian environment.

The paradoxical impact of technology on society has been a complex phenomenon. On the one hand, it has extended humankind's capabilities – while simultaneously threatening to subjugate societies on a large scale (e.g. nuclear weapons). Using the term broadly to include the earliest tools and weapons to the inventions that aided in the exploration of the physical world, the medical technologies that helped to extend and save lives, to the destructive technologies used in conflict, and, finally, to the most recent communications technologies that connect the world, it is increasingly difficult to envisage a world without technological support.

Traditionally, technology has extended humankind's manual capabilities to create more productive output. The promise of the new technologies is to maximize human productivity to the extent of almost entirely replacing human effort. The new technologies are encroaching into human thought processes and the potential of artificial intelligence is causing some alarm in the community of technology entrepreneurs. Social media has already revealed its awesome power to influence how we think, and internet use has generated extensive data on human preferences which in turn is applied to minimize and even remove active decision making capabilities. Consequently, contemporary advances in technology have enabled greater control over human behavior and thought. A vision of future societies can be imagined as a vast obedient population relying extensively on technological decisions that influence how societies function. This level of oppressive control in the hands of governments and companies is tyrannical in its effects and would completely change the way in which human societies operate.

The desire to enlist technology in the shaping of a perfect society has progressed wittingly or unwittingly toward technological control over every aspect of human life. The tragedy of this trend is that the benefits of contemporary advances are being obscured by the potential for authoritarian manipulation of populations. Centralization has the further disadvantage that, in the absence of alternative redundancies, it is possible to inflict widespread harm to power, water, satellite communications, and other systems that modern societies rely on.

While it is important to acknowledge and appreciate those aspects of technological progress that support human endeavor, it is equally important to be cognizant of the impending effects of an unregulated environment of technological control over society. There is reason to be concerned as this observation suggests: "In the past, machines competed with humans mainly in manual skills. Now they are beginning to compete with us in cognitive skills. And we don't know of any third kind of skill--beyond the manual and the cognitive--in which humans will always have an edge" (Hariri, 2018).

Tim Cook, the head of Apple, in his keynote address to the 40th International Conference of Data Protection and Privacy Commissioners (ICDPPC) is quoted as having observed that "rogue actors and governments have taken advantage of user trust" and manipulate populations by spreading misinformation, encouraging violence and creating deeper divisions within society (Meredith and Salinas, 2018). It is the potential for mass manipulation of thoughts that concerns many within the industry. Realizing that the utopian vision with which they had started out was getting distorted and used against users, several voices have sounded the alarm on this issue. Control of the internet and communications technology in general provides an opportunity for anti-social forces to achieve their goals of dominance and destruction of traditional institutions far more effectively than it has ever been possible. This is primarily due to the wide ranging and instant communication that the internet offers. The immediacy of ideas traveling across cyber space serves to bring together large populations instantaneously, thus enabling immediate influence and action. Social media in particular serves an extraordinary role in spreading ideas and bringing people together.

Modern technologies excel in surveillance of the population, both obviously and in subtle ways as well. This is primarily done through data aggregation based on what one accesses on the internet. While ostensibly designed to enable advertisers to precisely target consumers, data collection also builds complete profiles of individual interests, likes, dislikes, preferences, and increasingly, emotional states and health conditions. Control of this vast database is in the hands of service providers with little or no accountability to regulatory agencies. The concentration of power over individual lives is the price that people pay for connectivity through the new technologies.

One of the effects of the interface between technology and human populations is the growing sense of irrelevance and helplessness creeping into societies. The machine is perceived as having overtaken human interaction and responses, as well as thoughts and decision making. Does such a relationship constitute tyranny? The answer lies in understanding what tyranny is, how it affects human beings, and what its stated goals are at any given time. The concern with modern technology is primarily that it has the capability of imposing a value system and influencing populations, thus creating an authoritarian environment that undermines democratic freedom of opinion.

Control is merely an instrument of tyranny. A related question is that of dependency. As populations find that the new technologies reduce the need to make decisions, and that the factors that have distinguished human behavior, such as reacting to crises, evaluating courses of action, and even productivity, are taken over by technologies, humans will find themselves living in a technological utopia that is antithetical to traditional human existence. It is in anticipation of a world dominated by AI (artificial intelligence) that leaders in technology are sounding the alarm of a rapid rate of change whose implications are not fully understood as yet. Contemporary advances in technology are designed to bring as many individuals as possible within centralized control, collecting vast amounts of data on how individuals, think, behave, their likes and dislikes, their psychological condition, and so much more. This concentration of data is then used to further direct and control as well as establish dependency in the population. Social media plays one role, artificial intelligence another role, surveillance and facial recognition play a third role and so forth.

Search engines employ two interesting selection mechanisms; one involves the ranking of search results which represents a form of controlled access. The other instrument falls in the category of "censorship" which results in selective elimination of information that is considered unsuitable. Censorship is controversial in nature as the selection is based on an arbitrary process which remains obscure to the average internet user. Regulatory oversight is needed to eliminate any suspicion of bias in the censorship process.

In conclusion, it is impossible to underestimate the coming confrontation between human and artificial intelligence as one becomes subservient to the other as a result of "the continuing transfer of authority and responsibility to machines" (Harari, 2018). Other senior technology managers have pointed to the risks that AI, which has the potential for massive invasive surveillance, lethal weaponry, and spread of misinformation, in the hands of irresponsible hands can totally transform life as we know it and is "far more dangerous than nukes" (Clifford, 2018). This is how tyranny will transform future human societies.

Frischmann, Brett. (2018) "Algorithm and Blues: The Tyranny of the Coming Smart-Tech Utopia: Why optimizing the world for efficiency, productivity and happiness is bad for humanity". Scientific American, July 30.