Millions Robbed of Their Childhood 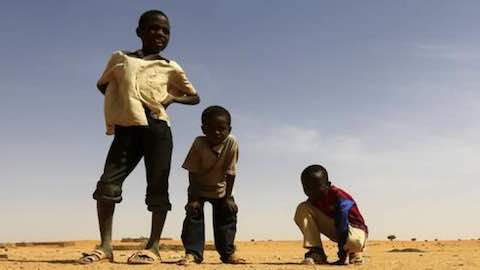 Millions Robbed of Their Childhood

One in four of the world's children - at least 700 million - have had their childhood cut short by factors ranging from illness and conflict to child marriage and being out of school, according to Save the Children.

The hardest-hit children live in West and Central Africa - which accounted for seven of the 10 bottom-ranked countries in Save the Children's first 'End of Childhood' index, ranking 172 nations by where childhood is most intact or eroded.

Niger, Angola and Mali were the worst-ranked countries for children in the annual index, which was topped by Norway, Slovenia and Finland.

Most of the affected 700 million children live in disadvantaged communities in developing countries, where they have been bypassed by progress in health, education and technology that has improved the lives of many of their peers, the charity said.

"Many of these children suffer from a toxic mix of poverty and discrimination, and experience several childhood enders," Save the Children International's Chief Executive Helle Thorning-Schmidt told the Thomson Reuters Foundation.

Here are some facts about the plight of children worldwide:

- An estimated 168 million children are involved in child labour, half of whom are doing hazardous work such as mining, scavenging and working in textile factories

- At least 15 million girls are married each year before the age of 18, four million of whom are wed before turning 15

- Conflict and persecution have forced 28 million children to flee their homes, with 11 million living as refugees or asylum seekers, and 17 million internally displaced

- About 16 million girls give birth between the ages of 15 and 19 each year, and one million deliver when younger than 15