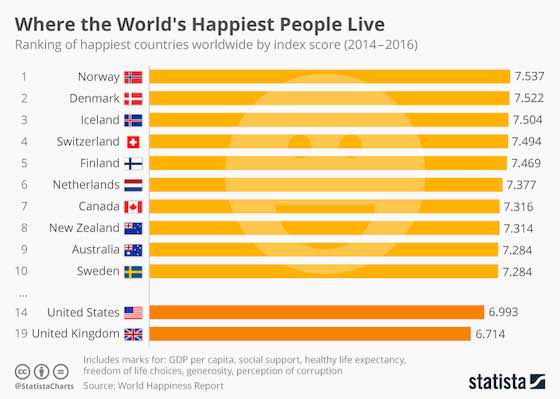 This chart shows a ranking of the happiest countries worldwide, by index score

Happiness, not just economic growth, is increasingly seen as a proper measure of social progress and the advised goal of social policy.

According to the World Happiness Report 2017, the Norwegians are the happiest people on the planet, followed by the Danish and Icelandic. What the Nordic countries have in common is a rather even distribution of wealth.