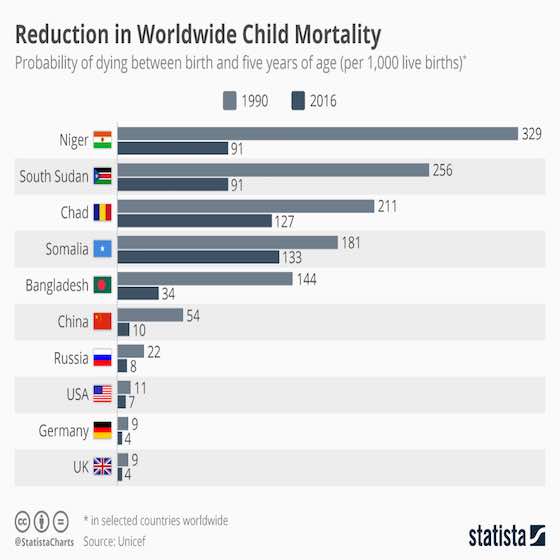 Many more children are surviving worldwide today than in 1990 according to a recent study. This chart shows the probability of dying between birth and five years of age per 1,000 live births between now and 1990.

"Over the past 25 years, the world has made significant progress in saving young children's lives," the United Nations United Nations Children's Fund (UNICEF) concludes.

According to the agencies recent report "Levels and Trends in Child Mortality: Report 2017", the rate of child mortality fell 62 per cent from 1990 to 2016. Under-five deaths dropped from 12.7 million to 5.6 million worldwide.

However, UNICEF also concludes that within this age bracket there are differences, as the rate of newborn deaths is not decreasing as quickly as that of children aged one to five.