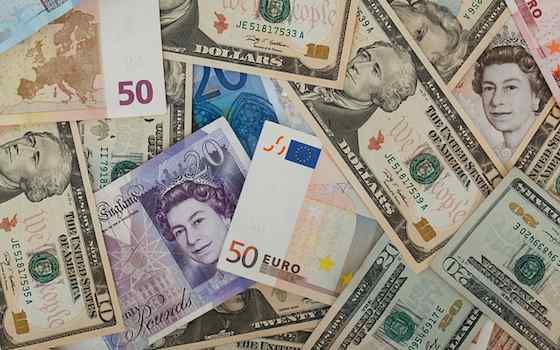 Currency will become increasingly and overtly politicized in the coming years, or so argues Jonathan Kirshner. This means that the international monetary and financial system will be yet another arena where the world's powers attempt to advance their geopolitical and security interests

The management of money is always and everywhere political.

Every choice about money privileges some interests over others. Money is politics, and, inevitably, international money is international politics. As long as there are states, there will be international rivalry between them; currencies are instruments of the state and extensions of state power, occasionally serving as weapons but always representing political interests. Throughout history states have managed their international monetary relations with an eye towards the security implications of such arrangements. The link between currency and security is often explicit -- U.S. exploitation of the weakness of sterling forced Britain to abandon its invasion of the Suez Canal Zone in 1956; more recently, between the two Gulf wars the Iraqi dinar was subject to politically-motivated attacks, and at the same time the Baghdad regime engaged in its own currency warfare against the Kurds of northern Iraq. But such highly visible episodes represent the tip of an iceberg of the exercise of monetary power.

Nations have routinely sought to advance their security interests through the exercise of monetary power -- via the practice of currency manipulation, the fostering of monetary dependence, and the exercise of strategic disruption -- techniques that remain active and relevant for contemporary politics.

Currency manipulation, in its most simple form -- the predatory sale of a target’s currency on open markets in order to cause a crisis or foster economic distress -- might at first blush appear to be obsolete in a world of massive, globalized international financial markets that operate on a scale scarcely imaginable just a generation ago. But although the relative resources of states as compared to markets in this arena have been considerably diminished, even in the past currency manipulation relied on “market bandwagoning” to be effective. In other words, it was never easy to pitch into the winds of market sentiment. Today, massive global financial markets are a double-edged sword: when dealing with thinly-traded currencies, where information is often incomplete and market sentiments ambiguous, many such notes of issue are, if anything, more exposed and vulnerable than ever. The IMF now has 188 members who issue over 150 different currencies. According to the Bank for International Settlements, however, ten currencies account for over ninety percent of all foreign exchange transactions and the next twenty bring the total to ninety-nine percent. That leaves well over one hundred currencies to account for one percent of the market -- none of which has a market share of more than one-tenth of one percent.

Such currencies are not simply exposed to the prospect of predatory attack -- they are also vulnerable to what can be called “passive” currency manipulation and candidates for politically motivated “protective” manipulation. Even before the Global Financial Crisis of 2007-8, any brief survey of international finance under globalization revealed a system that was both crisis-prone and which featured more, rather than less, politically consequential currency instability. This means that opportunities for passive manipulation -- i.e., failing to provide assistance to a currency in distress, or extorting concessions from countries in exchange for assistance -- are also on the rise. For instance, this was certainly the approach the U.S. took with South Korea during the Asian Financial Crisis. Similarly, states will pro-actively seek out “protective” support, that is, promises of assistance from benefactors, to whom they will implicitly (or explicitly) be politically indebted.

The inherent instability of globalized finance will also increase the salience and significance of monetary dependence in world politics. Small states, motivated to seek shelter from the harsh winds of disruptive market forces, will be more willing to accommodate the political wishes of monetary benefactors. Larger powers, capable of positioning themselves at the center of international monetary arrangements (formal and informal), will have even greater incentives to do so than in the past. Those incentives were already considerable -- throughout modern history most states in a position to extend their monetary influence have attempted to do so. And in so doing, they have sought to achieve political ends. From the 1860s, France’s attempts to establish arrangements like the Latin Monetary Union were political projects designed to enhance its power and to exclude and isolate its German rival; Nazi Germany and Imperial Japan extended their monetary influence in support of their inter-war grand strategies; Britain supervised the sterling area, which facilitated its financing of World War II; in the context of the Cold War, the U.S. bankrolled the dollar-centric Bretton Woods system.

Extending their monetary reach is one of the things that great powers tend to do. A common denominator of these pursuits is that they are not designed to turn a profit; rather, they are almost always motivated by political concerns. In particular, great powers pursue enhanced geopolitical influence over others and greater policy autonomy more generally. They typically seek greater freedom of action and buffers from external pressures and constraints. Although leadership of a currency area does provide levers of coercive power, monetary dependence is primarily about the appeal and pursuit of “structural” power. While such power is not best deployed as an overt weapon, it is a manifestation of high politics.

The economies of small participants in monetary arrangements become increasingly conditioned on the economy that provides the center of gravity for their external macroeconomic orientation. Thus, although states may fear offending their larger patrons, a more consequential effect of monetary dependence is that over time they quite voluntarily come to recalculate the definition of their own national interests. Increasingly, satellite states come to see their own interests as progressively more consonant with those of their most intimate economic associates. This political conditioning is the prize sought out by would-be monetary leaders.

Jockeying for monetary influence is likely to increase in the contemporary international system.

The Euro is down, but not out, and it will eventually, in one form or another, resume its encroachment on the dollar’s political influence. Similarly, China will look to increase the international role of the Yuan, and will eventually seek to establish it as the international money of choice in East Asia. The Global Financial Crisis has increased Beijing’s desire for greater autonomy and insulation from disruptive international macroeconomic forces. In addition, greater wariness of the American model and new concerns about U.S. financial stability have stimulated a desire to diversify from over-reliance on the dollar. Not only has this encouraged China’s ambitions for a more influential Yuan, the fact that many of its trading partners share similar sentiments means that others are newly receptive to such prospects.

Strategic disruption is another tactic by which states seek to advance their international political goals by engaging in monetary diplomacy. Such disruption -- essentially, probing at the weak points of established monetary arrangements -- is a risky business. France was the foremost practitioner of strategic disruption in the inter-war years, taking advantage of its ability to force gold to flow from London in order to strong-arm Britain over international security affairs, raising demands with regard to negotiations with Germany and for recognition of France’s geo-political interests in Eastern Europe. Some alarmists have suggested that China today could pursue similarly themed objectives of power, status and interest by threatening to dump its vast holdings of dollar assets. But this is extremely unlikely, given that Beijing would be a big loser in a confrontation that undermined the dollar -- and thus potential Chinese threats of a dollar doomsday scenario have little credibility.

However, and especially if the international political environment darkens, China might nevertheless search for ways to use its massive holdings of international reserves to its political advantage. And here the lessons of history are alarming. France’s efforts at strategic disruption ended in disaster, and contributed to the catastrophic 1931 Global Financial Crisis and the economic and political pathologies that followed. Indeed, one reason the crisis of 1931 spiraled out of control and led to the Great Depression, whereas the alarmingly similar Global Financial Crisis of 2007-08 “only” led to the “Great Recession,” is because the great power international political setting was much more benign during the more recent crisis. International political rivalry is inevitable, but in 1931, states filtered their behaviors and modulated their responses to the crisis through the context of an intense international security dilemma, and this contributed to the collectively disastrous outcome.

International money is international politics, and there is good reason to expect that currency affairs will become increasingly and overtly politicized in the coming years. An irresolvable problem remains that the normal processes of any international monetary and financial system will generate stresses and present burdens of adjustment, the portions of which need to be distributed across participants. (The current problems of the Eurozone are little more than a fight over who will bear the burdens of such adjustment.) Exacerbating these difficulties are the challenges of a still-fragile and vulnerable-to-crisis global financial order. During the Cold War, conversations about how to address such problems took place between military and political allies in Europe, North America, and East Asia. Today, major players in the international money game -- even those with the best of intentions -- nevertheless now have different and often divergent international political visions and agendas. This means that the international monetary and financial system will invariably remain a source of political conflict, and an arena in which great powers will seek to advance their security interests.