Diplomacy and the End of Foreign Policy as We Know It 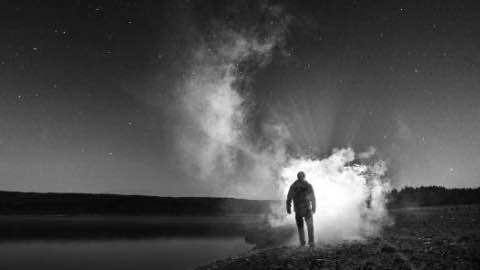 The future global environment might depend less on the attractions of defining 'rational actors', and more on finding ways forward in much messier than before processes.

The 'rational actor' figure, if conceived as a 'High Noon' type of Western sheriff, single-handedly facing down the gunslingers, does not have to be the President or Prime Minister. Chester Crocker, as US Assistant Secretary of State, essentially adopted the 'High Noon' image for himself in his tense, difficult, high-wire, high-stakes, protracted, but successful negotiations over the futures of Angola and Namibia and, as it turned out, impacting upon the prospective Apartheid-free South Africa.[1] He had, however, originally been an architect of Ronald Reagan's 'constructive engagement' with South Africa -- whereby close relations were maintained with the Apartheid state, both for Cold War purposes and for access to minerals and the safety of Western shipping around the Cape of Good Hope; while largely gentle, if persistent, pressure was applied on the South Africans, not so much to reform their policies, but to apply those policies more gently. The Crocker of 'constructive engagement' was a man of the policy machine, an exponent of repertoire responses that were refined and fine-tuned; the Crocker of 'High Noon' became extraordinary because of extraordinary circumstances -- unpredicted by US foreign policy outlooks. The Cuban army and Soviet pilots had defeated the South African Defence Forces at the battle of Cuito Cuanavale in Southern Angola in 1988. Without that, talks would have been impossible -- let alone talks with much momentous consequences. Even so, Crocker was able to exhibit a licence unthinkable within his earlier incarnation as the cultured but still 'machine' policy-maker.

Perhaps John Kerry was able to bring some such licence to his negotiations with Iran over nuclear issues. He had, however, the support of President Obama, who clearly wanted a rapprochement with Iran -- dealing with ISIS, melt-down in Syria and Iraq, working out how to deal with the Saudi double-game, working out how to deal with Israeli Prime Minister Netanyahu, how to deal with a re-emerging police state in Egypt, were all quite enough without having to posture hostilities with Iran as well. Besides, albeit in reductionist terms, a Shi'a balance to the feuding and volatile Sunni states might be enough of a wake-up call to get them to get their Sunni act together. The Kerry talks finally made progress, however, after the US -- albeit with some Iranian prompting as to what approach they would respond to -- decided to alter its demeanour; and began according the Iranian delegations the sort of inflected respect and dignity accorded not so much to an Islamic 'civilisation', but a 'great' civilisation with the sort of classical antiquity alluded to earlier in this book. But it had taken some time for this message to filter up the organisational processes, and through the repertoire analyses, of the State Department. And Kerry's change of tone was not made the subject of a media circus, as there was a public discourse of malign Iranian evil which had to be 'managed', having first been hysterically created in the days of Jimmy Carter, and sustained and developed assiduously since.

However, it is rare that a sole actor can emerge with such licence or nuance at the end of a machine process and discursive environment. Henry Kissinger sought to be the arch-duke of such licence, and to create both a dazzling refurbishment of the Westphalian state order and a testament to his own intellectual perceptions as a student as to what such a world order should be: hegemonic, but balanced; stable with equilibrium; pluralistic but led by a concert; a concert playing a predictable score, with room for solos, but with the US as its principal conductor. Often he dazzled merely to effect -- or affect. But there is no one else like him, together with his perfidities and sacrifices of others, in post-War history. Many would still regard him as a war criminal, but his diplomatic skills are a matter of record.

But is his Westphalian state system safe? And, if it is not as safe as it should be, can foreign policy formulation and diplomatic capacity -- even with occasional flourishes of creative licence -- safeguard it?

Equilibrium and the Balancing Act of Hegemony

Kissinger's era was one where a balance of power existed between the US and the Soviet Union. The Soviets bought into this kind of world system when they had acquired nuclear arms -- it was the arms, and the power and leverage they projected, that were weighed in the balance. Everything else -- numbers of allies, spheres of influence – was important but secondary to the fact that Mutually Assured Destruction (MAD) had been created as the anchor to the balance of power. It didn't matter that the US had more nuclear weapons, or better delivery mechanisms. Both sides could destroy the other -- several times over -- and so crude arithmetic was not decisive. The US might, therefore, have had greater arithmetic hegemony, but this did not disturb the essential equilibrium.

The Soviets were prepared to test the balance, tilt its scales a little, and did so with the Cuban missile crisis -- but pulled back at the key moment of danger. But it showed that even hegemony could be contested within the equilibrium -- sliding scales of capacity for destruction were permitted, so long as capacity for destruction was unimpaired, and no actual destruction occurred. Moreover, the world was divided into blocs, Western and Eastern blocs being spheres of hegemony; and, within each bloc, there was enough to be getting on with in terms of local balances and contestations.

The complicating factor in all this was China. Nuclear-armed and in a Cold War with both the US and the Soviet Union, it had the capacity to be a rogue actor within the balances of equilibrium. One of Kissinger's great triumphs was taking China out of the equation with his historic rapprochement. In a real sense, Kissinger calculated that China could be 'civilised', could be 'domesticated' within the system, i.e. learn to behave as a force that would not seek to tilt the scales -- while enjoying such power and leverage as it had, provided the global equilibrium was not disturbed. It allowed the US and the Soviet Union to play a two-actor game, and made their 'rational calculations' of each other's behaviour easier.

However, it is good to remember what a radical step Kissinger took. The pre-rapprochement rhetoric of China could be shrill, and certainly sound dangerous. The labelling of the West as 'paper tigers' and its allies as 'running dogs' may have been drawn from classical Chinese theatre and satire, but to those without that cultural knowledge it sounded like impudence -- only it was an impudence with nuclear weapons; it had fought a war against the US in Korea, and was supporting war against the US in Vietnam.

The seriousness with which such rhetoric was taken meant that, during the McCarthy anti-communist witch-hunts of the 1950s, the US State Department was purged of its Sinologists, its China experts like John Service having their careers abused and truncated. Looking back, it was not unlike the Islamophobia that is rising today.

But, as with China in the 1970s, a latter day equilibrium might require the bringing of new states, and new forces, into the world system -- even if the world system has to change somewhat to accommodate them. The problem is that actors bring into the system instruments of contestation. The question is whether it is better to have those within the system -- rebalancing the equilibrium perhaps; making it far more complicated than a two-actor game, certainly -- than outside the system and ready to threaten the system. At least, at this moment of writing, insurgent groups that nevertheless want to be forms of a state do not have nuclear weapons. They may have 'fifth columns' within Western societies -- but they at least are more amenable to social practices than nuclear weapons that were never controlled by any citizen bodies.

The future global environment, and its foreign policies, might depend less on the attractions of defining and definable 'rational actors', and more on finding ways forward in processes and organisations that will become much messier than before. There may have to be a greater marriage between foreign and domestic policies. There will be an end to stock repertoires and, hopefully, a (painfully slow) ending to simplicities and reductionisms.

The Only Rational Actor Worth Having?

Graham Allison never meant his 'rational actor' model to refer to an individual leader, or a contained institution which was led or at least involved a leadership. It is public discourse which has romanticised the notion that an individual diplomatic superhero is possible. That was part of the discourse created around Henry Kissinger. It is the public perception of John Kennedy during the Cuban missile crisis -- the angst-ridden president at the top of the perch, the buck having stopped at his feet, pondering huge existential choices -- literally holding the power of destruction in his hands. It was never like that. It can never be so. It cannot be even with the reasonable start made by new UN Secretary-General, Antonio Guterres. He is, as described above, constrained like his predecessors. At the level just underneath, some possibilities once existed.

For, if the world of diplomacy needs a heroic figure, an archetype, so it is not simply a game of bargains and balances, and options within those bargains and balances, then there is still the very real legend of the UN official, Giandomenico Picco. Whereas Chester Crocker called his memoirs, High Noon in Southern Africa, after the Gary Cooper western of the lone sheriff, Picco called his Man Without A Gun.[2] In order to secure the release of Western hostages in the Lebanon crisis in the 1980s, he let himself be kidnapped time and again, so that he would be dragged blindfolded and bound to the chiefs of the terrorist networks, so he could negotiate at the 'highest terrorist level' and did something in diplomacy which is rare -- which no diplomacy or diplomat undertakes today and, with huge risks, might be what the becalmed and tense and violent world needs -- a leap beyond repertoires; a leap into darkness.

Adekeye Adebajo, The Curse of Berlin: Africa after the Cold War, London: Hurst, 2010.

Stephen Chan, The Commonwealth in World Politics: A Study of International Action 1965 to 1985, London: Lester Crook, 1988.

Stephen Chan, The Morality of China in Africa: The Middle Kingdom and the Dark Continent, London: Zed, 2013.

T.G. Weiss, What's Wrong with the United Nations and How to Fix It, Cambridge: Polity, 2012.

[2] Giandomenico Picco, Man Without a Gun: One Diplomat's Secret Struggle to Free the Hostages, Fight Terrorism, and End a War, London: Crown, 1999.

World News: "Diplomacy and the End of Foreign Policy as We Know It "