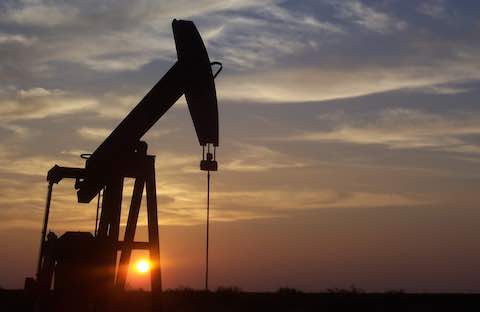 The world was reinvented in the 1970s by soaring oil prices and massive transfers of national wealth. It could be again if the price of petroleum crashes -- a real possibility given the amazing estimates about the new gas and oil reserves on the North American continent. The Canadian tar sands, deepwater exploration in the Gulf of Mexico, horizontal drilling off the eastern and western American coastlines, fracking in once-untapped sites in North Dakota, and new pipelines from Alaska and Canada could within a decade double North American gas and oil production.

Given that North America in general and the United States in particular might soon be completely autonomous in natural gas production and within a decade without much need of imported oil, life as we have known it for nearly the last half-century would change radically.

Take the Middle East. The United States currently devotes about of its military budget to patrolling the Persian Gulf and stationing thousands of troops in the region.

America was the target of a crippling oil embargo following the 1973 Yom Kippur War. Ever since, it has often hedged its support of democratic Israel in fear of oil cutoffs or price hikes from the Middle East. Just as often, the United States finds itself hypocritically calling for democracy while supporting medieval sheikdoms and monarchies in the oil-exporting gulf. Likewise, Western petrodollars seem to find a way into the coffers of terrorists bent on killing Americans and their allies.

But at a time of shrinking defense budgets, an oil-rich America might not need to protect Middle Eastern oil fields and lanes. U.S. foreign policy for once really could be predicated on the principle of supporting those nations that embrace constitutional government and human rights, without worry that offended dictators, theocrats and kings would turn off the spigots.

Curbing the voracious American appetite for imported oil could also help lower world petroleum prices for everyone. Poorer nations in Africa, Asia and Latin America would save billions of dollars on their imported-energy bills.

High-cost oil has warped the global system by rewarding luck and punishing accomplishment. Oil-poor countries that earned their wealth through hard work and innovation -- China, Germany, India, Japan, South Korea and Taiwan, for example -- should be rewarded with reduced imported-energy costs, while those that became rich by having someone else find and develop the oil beneath their feet might find their windfalls reduced. Americans tend to admire the earned wealth of China and Japan more than the accidental riches of Saudi Arabia and Iran. Without high-priced oil, and are just neighborhood loudmouths rather than regional threats.

Unemployment here in the United States has not dipped below 5 percent since February 2008, during the last year of the Bush administration. But some estimates suggest that 3 million to 4 million jobs will follow from new gas and oil production alone. That figure is aside from the greater employment that would accrue from reduced energy costs. Farmers, manufacturers and heavy industries could gain an edge on their overseas competitors, as everything from fertilizer and plastics to shipping and electrical power would become less expensive.

America is spending nearly a half-trillion dollars a year on imported oil -- the greatest contributor to the massive annual U.S. trade deficit. We are also currently borrowing more than a year to finance chronic budget deficits, which in turn weaken the dollar and make oil imports even more expensive.

But without the drag of high-cost imported oil, the economy would grow more rapidly, and that could shrink both trade and budget deficits -- lessening somewhat the need for spending cuts and new taxes.

The problem with green energy has not been the idea, per se, of wind and solar power and electrical cars, but the use of massive federal subsidies, in times of record fossil-fuel prices, to rush into commercial-production technologies that are not yet cost-competitive or reliable. The president recently talked of vast algae reserves. True, energy-rich scum may prove to be helpful in the distant future. But right now we don't have the money to find out -- unless we tap our burgeoning fossil-fuel supplies, which can provide a critical bridge to new sources of green energy.

The world was transformed for the worse in the 1970s, when world oil prices quadrupled. A half-century later, it could change again for the better should oil prices crash. We should do our part in ensuring that at last the tables are turned.