We Are All West Now 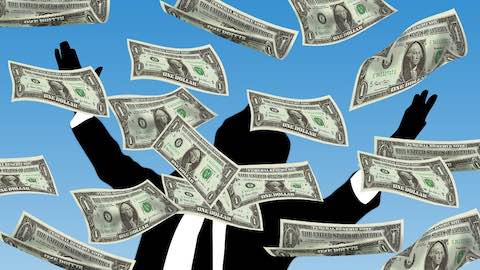 We Are All West Now

The market economy model invented and practised by the West is no longer working. The East is growing with such speed that it threatens to obliterate the West. Such warnings as these are often delivered in discussions of capitalism in crisis and the rise of the East. But in pursuing prosperity, we are all following the western model. Here there is no East v West divide. In fact we are all West.

China is the dominant country in the eastern camp in such discussions. Its huge economic success during the past three decades is singularly due to the adoption of a market economy. genius was to recognise that the Chinese were a people particularly suited to the market economy. The Chinese don't follow a religion. They pour all their energy into making their family prosperous by working hard, saving as much as they can, and trying their best to educate their children. It turns out that these are just the traits needed to drive a thriving market economy. China and a number of other Asian economies have proved this.

So what has caused such anxiety in the West? One factor is that there has been a shift in the terms of trade between the West and East in the past few decades. Once, a computer made in a western country could be exchanged for 10,000 pairs of socks made in China; today it can be exchange only for about 500 pairs. Today a 737 or an 320 can still be exchanged for about 20 million pairs of socks made in China, but China may soon be able to produce its own planes. This trend in altering the terms of trade, while unfavourable to the West, is inevitable and irreversible.

Neither has politics served the West well during the past decade. In the face of domestic and international challenges, politicians chose asset or debt bubbles to assuage citizens' pain instead of making the tough adjustments needed to reposition their economies. When the bubbles burst and adjustments became imperative, most parts of the West were experiencing a prolonged period of weak political leadership. Hence the malaise we see today.

Watching the rapid and sustained growth in the East, some in the West argue that China practises a different type of market economy because it has a big state-owned sector and a strong government. In my view, it is rather meaningless to compare the growth rate of the Chinese economy, whose GDP per capita is only , to those of western countries. China clearly will not be able to sustain such a high growth rate when its development level approaches that of the West. But I do think the Chinese economy would be healthier if its state-owned sector was not so large.

A strong government suits China well at this stage of its development. It reduces transaction costs significantly in sectors such as infrastructure. Its strong government also happens to be a pretty wise one, as it has consistently avoided financial crises and class warfare that plague so many western countries.

The West cannot adopt China's particular form of government, however. There is a 2,000-year history of strong central government and, more recently, 150 years of political chaos behind the current Chinese government model. The West doesn't have this. But, in my view the West does not have to alter its political system in any fundamental way. Liberal democracy is a tried and true system that unleashes creativity and protects prosperity. The present dysfunctional politics in the West largely has to do with a long period of complacency, not the political system. As the citizens have woken up to the realities of life, politicians will have to behave responsibly very soon.

The "all-West" world augurs well for everyone. All the West has to do is to cut some welfare spending, save and invest more, and better educate its young people. There is evidence that these changes are already beginning to happen.

The West's superiority in technologies, design and luxury goods, clean environment, higher education, and healthcare is still formidable. China may be able to produce a competing model of the 737 by pulling together the country's resources, but it is inconceivable that it could produce a 787 or 380. There is no reason for the West to panic and abandon what has worked well for centuries.

As China and other countries in the East move up the income ladder, their imports from the West will increase exponentially. All a country in the West has to ask itself is: "Do I make some products that the East absolutely wants?" If the answer is "yes," then it can rest assured. For the countries in the East, their citizens will continue to work harder and save more than their counterparts in the West due to their lower level of income. As a result, these countries will enjoy a labour cost and capital availability advantage for years to come. They can look toward to more prosperity in the future because access to international markets and technologies is relatively open in today's globalised world. So why is there so much gloom? Isn't this the world we all want?

is Director of . These are his personal views.

"We Are All West Now"