What's New in the Fight Against Breast Cancer 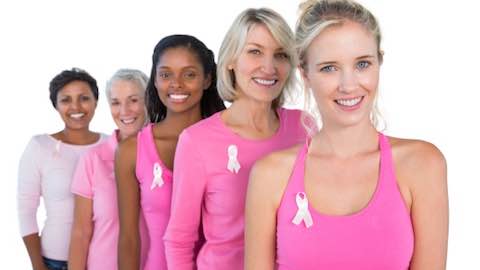 What's New in the Fight Against Breast Cancer

When it comes to the fight against breast cancer, October gets a lot of attention for its focus on breast cancer awareness, but research on this front occurs all throughout the year.

When it comes to the fight against breast cancer, October gets a lot of attention for its focus on breast cancer awareness, but research on this front occurs all throughout the year.

According to BreastCancer.org, about one in eight U.S. women will develop invasive breast cancer at some point in her life; by the end of 2015, an estimated 231,840 new cases are expected to be diagnosed in women, and another 2,350 in men.

While there is still plenty of work to be done, breakthroughs in recent months and years are promising. Here are some of the latest developments on that front.

When It Comes to Causes

Research in the area of breast cancer and its causes continues to focus on different lifestyle factors and habits that could affect a woman's likelihood of developing breast cancer over a lifetime -- like exercise, weight gain and/or loss. One study, in fact, found that obesity actually does change breast tissue, which could make it easier for tumors to grow.

Other factors include diet, as well as the effect that genes (more specifically on the BRCA1 and BRCA2 mutations) have on breast cancer. While gene variants appear to only have a small effect on risk at the moment -- 10 to 20 percent, according to Cancer.org -- when added together, these small effects may add up to a bigger problem.

One promising study, in particular, is the Sister Study and its offshoot, the Two Sister Study, which look at women whose sisters have breast cancer, and what potential lifestyle and environmental factors may have caused their cancer.

When It Comes to Prevention

There is new and exciting information from a small study on fenretinide, a retinoid that belongs to a family of compounds related to vitamin A. Fenretinide has been found to reduce breast cancer risk as much as tamoxifen, an early breast cancer treatment used in women. Other drugs are being studied for their effectiveness in reducing the risk of breast cancer, as well.

When It Comes to Treatment and Testing

There are a few new finds and studies in the detection and treatment of breast cancer. Some of those include:

A radioactive tracer is injected into the vein and attaches to breast cancer cells. Some experts believe this could help when looking for suspicious areas originally detected through mammograms.

This new class of drugs has been developed to help target cancers caused by BRCA mutations. Further studies are needed, but they've shown promise when it comes to the treatment of a variety of cancers, including breast, ovarian and prostate.

This drug (also known as Afinitor) has been found to help hormone therapy drugs work better; for example, one study found that letrozole plus everolimus worked better than letrozole alone when it came to shrinking breast tumors before surgery. Drugs similar to everolimus are currently being studied for their effectiveness, as well.

Doctors continue to look at the effects of vitamin D as it may relate to cancer patients. According to cancer.org, studies have found that women with early-stage breast cancer who were deficient in the vitamin were more likely to have reoccurring cancer in distant parts of their body. It's not yet clear if vitamin D supplements could help with treatment, but testing to ensure a breast cancer patient isn't vitamin D deficient is suggested.

New methods of radiation treatment for women after breast-conserving surgery are being studied in the hopes of making it easier to get the treatment in a shorter amount of time.

Recent research, advances and studies should leave us all feeling hopeful for what the future may bring. To find out more about causes, treatment and prevention of breast cancer, check out cancer.org and breastcancer.org for more information.

Women's Health: What's New in the Fight Against Breast Cancer