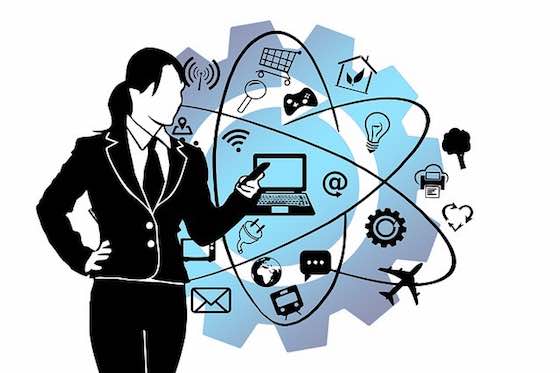 Woman to Woman: Life & Work Lessons Every Woman Should Learn

For most of us, work is a fundamental part of how we make a living and express ourselves in the world. It provides a livelihood, identity, and purpose.

The timing of the focus on women and the workplace is particularly resonant with me given the merger between and . So I want to take this opportunity to mark International Women's Day and a great new chapter by writing about the woman who had the greatest impact on my life -- my mother. Her advice, wisdom, constructive criticism, and unconditional loving have been the foundation of my existence.

Of the many things she taught me -- including the delightful notion that "Angels fly because they take themselves lightly" -- the one that's proved most useful in my work life is the understanding that failure is not the opposite of success, it's an integral part of success.

By example, she taught me that there is always a way around a problem -- you've just got to find it. Keep trying doors, and one will eventually open.

And, by word and by deed, she regularly demonstrated the value of having a support group of family and friends -- what I call my "fearlessness tribe" -- in place to give you honest feedback, to support you when the going gets tough, to help salve your wounds . . . and, just as importantly, to help you celebrate and appreciate the good times, too.

This is especially important for working women, who still face an ingrained double standard wherein the same behaviors that help men get ahead and prove their worth on the job are often discouraged in women.

To conquer the workplace as women, we need to approach it in our own unique way, not as carbon copies of men -- briefcase-carrying, pinstripe-wearing career machines who just happen to have two X chromosomes. We're faced with a double challenge, because aside from the office and career anxieties everyone faces, women have specific work-related fears that center on the paradox of maintaining relationships and remaining "feminine" while still doing a good job.

As working women, we have to weigh the psychic cost of not trying a new job or venture against the possibility of not succeeding and being embarrassed by our efforts. The former creates regret, the latter a few hours -- or perhaps a few days -- of licking our wounds. I've learned again and again over my career that if you want to succeed, there is no substitute for simply sticking your neck out.

And the world desperately needs women willing to do that. That's because women are ideally suited to supplying the qualities we need in our leaders right now: being strong and decisive, while at the same time being nurturing, wise and respectful enough to tell the truth with a moral authority that inspires and empowers.

Indeed, if had been and Sisters, they might still be around. While the Brothers may have been bragging about having put in a 100-hour work week or having gotten only four hours of sleep the night before, some Lehman Sister might have noticed the iceberg looming ahead -- because that's one of the central parts of leadership: seeing the icebergs before they hit the Titanic.

The prevailing culture tells us that being plugged in 24/7 is essential, and that sleeping less and multitasking more are an express elevator to the top.

My mother begged to differ. Her life had the rhythm of a timeless world, a child's rhythm. In her world, there were no impersonal encounters -- it was a world where a trip to the farmers market happily filled half a day, where there was always enough time for wonder at how lovely the rosemary looked next to the lavender. In fact, going through the market with her was like walking through the with an art connoisseur -- except that you could touch and smell these still lifes.

The last time my mother was upset with me was when she saw me talking with my children and opening my mail at the same time. She despised multitasking. She believed it was a way to miss life, to miss the gifts that come only when you give 100 percent of yourself to a task, a relationship, a moment.

There was a magnificence in the way she approached everything in her life. Especially her role as a mother. She brought me up to believe that there was nothing I should be afraid to try while at the same time making it clear that she would love me not one iota less if I failed.

She used to say that the goal of life is not to see what we can make of it, but what it can make of us. Well, she made of life a grand adventure -- and it made of her a magnificent tour guide.

Though she died in 2000, I can't help looking to her for guidance as I embark on what promises to be the greatest adventure of my career.

Woman to Woman: "Life & Work Lessons Every Woman Should Learn"