Challenges and Rewards of Part-Time Work 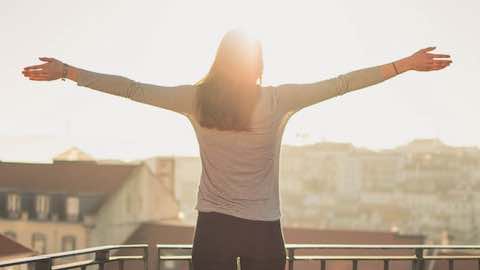 Woman to Woman: Challenges and Rewards of Part-Time Work

To work or not to work ... many new moms grapple with that issue. Some moms decide to stay home for months or years, if it is economically feasible. Others continue to work full-time. Still others decide to reduce their hours to part-time, and remain on their career path, although possibly on a slower schedule.

But while working moms may fear that working part-time will create yet another glass ceiling, many part-timers are finding that they are actually advancing in their careers. Working as a part-time professional is becoming an increasingly acceptable work alternative. Companies nationwide are offering employees the option of working part-time.

Rose Cook, along with her twin sister Lynn Faughey, both Eagleville, PA moms, for example, were both promoted several times in managerial positions in Fortune 500 companies while working part-time. Their career synergy lead them to jointly launch a company: FlexPro Staffing, which focuses on connecting experienced professionals to flexible roles (including part-time) in the pharmaceutical industry.

"Part-time is a better career builder than dropping out of the workforce entirely," Cook said. "Certainly, the examples of both Lynn and I are indicators that part-time can be a very viable option for some parents for a certain portion of their careers."

"We did not 'fall off the career track,' just slowed down the train a bit, but regained speed again later," Cook added.

Another working mom, Sarah Hubbell, works as the director of technology for Entex Technologies, a Chapel Hill, NC-based engineering firm, from her Houston, TX home office on a telecommuting basis. Five years ago, after the birth of her first child, Hubbell chose to stop working full-time as an engineer for one employer and went to work on a more flexible, part-time basis for a competing company.

"I have made consistent progress in my career over the past few years as we have hired more employees that do work for me and I have been asked to take on various new projects and responsibilities as they come up," Hubbell said. "It has been an extremely fulfilling work arrangement that has allowed me to flourish in my career while still devoting ample time to being a mom to my two small boys."

Jackie Awve, of a Fort Lauderdale, FL, said she is progressing in her career path as a part-time professional "better" than she did while working full-time. Awve said she "begrudgingly" went back to work two years ago. Not long after she was hired as an administrative assistant, her title was changed to marketing coordinator. Through contacts she established there, Awve found a home-based account executive position.

While working there part-time, Awve has received rave accolades, including an award for being a "rising star" by a group of more than 200 professionals in her industry. She has been given the opportunities to chair committees in two associations, and was recently invited to become an association's board member.

"A lot has happened part-time and in under two years," Awve said "I didn't accomplish this much when I worked full-time without children. Maybe I am a later bloomer or maybe I work smarter. I feel that I sacrifice on income because of my part-time status, but the pay off is the flexibility to parent."

According to Susan Gordon, the director of career development at the American University, Washington, DC, "It is certainly possible to progress in your career while working part-time, but does depend on the employer. I have known individuals (primarily women) who worked for progressive companies and advanced during the part-time years. Being part-time does not conflict with being an excellent performer capable of career growth."

But some companies limit advances and raises for their part-time employees, Gordon said. Still, working part-time can sometimes enable employees to "hold their place," until they are able to return to work full-time. By working part-time, the employee is able to maintain their skills and build their resume, which is a better career building alternative for some working moms then dropping out of the workforce entirely.

Working part-time seems to be the preferred option for many working moms. According to a Pew Research Study, 60 percent of the mothers they surveyed said that working part-time would be the ideal work-life set up. Of the fathers surveyed, only 12 percent thought that part-time is the best work option.

Woman to Woman: "Challenges and Rewards of Part-Time Work"