How to Bounce Back Fast From a Mistake 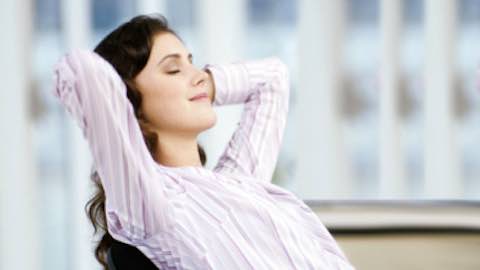 Woman to Woman: How to Bounce Back Fast From a Mistake

Hope Schmid will never forget the mistake that caused her 6-year-old daughter to come home from school crying.

“I was supposed to bring in cookies for her homeroom party,” remembers Schmid, 32, of Fairfax Station, Va. “But I had a project due at work and my mom was going in for medical tests. It completely slipped my mind. I felt like a terrible mother.”

Most people can relate to a mistake like Schmid’s -- and the feelings that come with it.

Forgetting to do something important or saying the wrong thing does a number on your self-esteem. “When we mess up, doubts we have about ourselves and our underlying insecurities go into overdrive,” says Leslie Sokol, who holds a doctorate in clinical psychology and is the co-author of

You might dwell on the mistake, feel bad about yourself and spend the rest of the day beating yourself up -- or taking it out on others.

But everyone makes mistakes.

“A rare occurrence or utterance isn’t proof that you’re a cruel or bad person,” says Sokol. It’s what you do afterward that makes a difference. Reacting in a positive way, right away, can help put you back in control and allow you to move on and regain your self-esteem.

Check out Sokol’s strategies for how to cope with the following familiar scenarios.

Put the advice into practice and you’ll come out feeling better about the mistake and yourself.

Scenario No. 1: You miss an important meeting because you’re late.

Apologize to the people you were supposed to meet, then find a way to rectify the situation ASAP, suggests Sokol. If the meeting went on without you, ask a co-worker to tell you what was discussed. Once updated, you can prepare for the next meeting and take action on any next steps.

If the meeting was canceled because of your absence, take the lead in rescheduling it as quickly as possible. Be flexible with your calendar to accommodate everyone else’s. Putting yourself in charge of righting the situation helps you feel capable again. Getting up to speed or securing another meeting time right away also prevents you from dwelling on your goof.

Scenario No. 2: You say something dumb to your boss or in a meeting.

Acknowledge the mistake immediately by saying something like, “I put my foot in my mouth; let’s take a step backward.” Then, try not to obsess or beat yourself up over it, because that just turns your comment into a much bigger deal than it actually is.

“Remember that one sentence isn’t a reflection of who you are,” says Sokol. “How many comments have you made in your life? At one point or another, everyone says something stupid.”

If you have trouble letting it go -- or your co-workers don’t let you -- keep reminding yourself that it’s normal to make mistakes and try to laugh about it. “The key is to accept that you have shortcomings without letting them mean something global about you,” says Sokol.

Be proactive and plan to be extra-sharp in the next meeting. And believe it or not, there may even be a silver lining:

“When we blunder, we show our human side. It can allow others to relate to us and appreciate us as the non-perfect people we all are,” says Sokol.

Scenario No. 3: You forget to send cupcakes for your child’s school party.

Bounce-back Strategy: Own up to it, without excessive explanations or blaming others.

Admit your mistake -- if you forgot, you forgot -- and say you are sorry to your child and her teacher. You can offer a brief explanation if there are extenuating circumstances that you can share openly and honestly. “But make sure your main message is that you messed up and are sorry regardless of the reason,” says Sokol.

Also avoid over-apologizing or offering multiple explanations. (“I didn’t write it down, and the dog got sick and my boss …”) Both are symptoms of doubt, says Sokol. And feeding into any doubts about your abilities as a mother does more to undermine your self-esteem than to comfort your kid or her teacher.

Instead, send cupcakes to make up for the ones you forgot. And keep telling yourself that this one mistake (or even 50 more) does not negate all the other qualities that make you a great mother.

Scenario No. 4: You got a haircut that turned out very, very bad.

You’re probably embarrassed, so you’ve got to do some self-talk to get past this temporary situation. Tell yourself that feeling beautiful and attractive comes from a combination of many things -- personality, intellect, humor, talent and endless other unique characteristics -- not just what your hair looks like, says Sokol.

Plus, even on the outside, people see more of you than a bad haircut. “They notice how you put yourself together as a whole, including your friendly eyes and warm smile,” says Sokol. “Don’t over-inflate the importance of one perceived flaw.”

During an argument, you say hurtful things you don’t mean.

As soon as you can, apologize and ask for forgiveness. Explain that you know you hurt the other person and that the comment was your anger talking, not what you truly believe.

For example, after a fight with a spouse, to show that you’re sincere, give him examples to counter your comment, suggests Sokol. If you said your spouse was stupid, tell him, “You know I don’t actually think you’re stupid. Who do I always go to for questions about [insert topic here]?” Or, “Whenever I can’t help the kids with their homework, you always have the answers.”

Also important: Admit that you were wrong. “Say something like, ‘I was upset, but I also know that saying hurtful things is not the right way to handle myself,’” she adds.

It’s normal to feel disappointed in yourself, but once you apologize and take remedial action, you have to let it go, says Sokol. All you can do after that is avoid making the same mistake again.

Woman to Woman: "How to Bounce Back Fast From a Mistake"