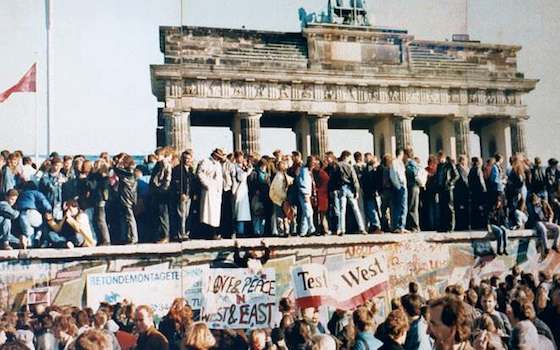 Many American viewers of the Olympic Games in Sochi were no doubt disappointed that the Russian and U.S. hockey teams meet in a rematch of their historical 1980 clash for the gold medal. That huge upset sent roars of "! !" across what was then the Cold War world, as if it were the triumph of freedom itself.

Instead, the Sochi games have been marked more by their excessively elaborate orchestration and security measures in the new . Also, day-to-day concerns that the vast empire's famed snowbound winter would melt into mush imperiled Olympic record- setting by all contestants.

Across the border in , spectacular street protests in the capital, , recalled the repressive years of the old , though short of the worst state brutality of that era. One female Ukrainian skier left the Olympic competition with a blast at President as a "bandit" leading a "lackey government," in a show of solidarity with the protesters.

President Obama meanwhile tried to walk a diplomatic tightrope in the dispute whether the old Soviet breakaway should align itself with its members or with in a critical trade deal. The Yanukovych regime opted to take a aid offer from , triggering riots among a citizenry wanting no part of the old Soviet bloc order.

As the street violence continued, the released a sharp rebuke to the regime, saying the administration was "outraged by the images of Ukrainian security forces firing automatic weapons on their own people" and calling on Yanukovych to withdraw the forces while urging protesters "to express themselves peacefully." Subsequently, Vice President telephoned Yanukovych to reinforce the message.

The embattled Ukrainian president reportedly told the Polish, French and German foreign ministers he was willing to consider early elections if it would help quell the street protests. And Russian President sent a trusted aide to as a mediator before a truce was reached.

Amid all this, Obama has continued to wrestle with what role he can and should play in dealing with the Syrian insurgency that has cost the lives of 140,000 people, trying to adhere to what has been called the Obama Doctrine on American interventions abroad.

The president specified in a 2011 speech that such involvement would be warranted only on humanitarian grounds, through collective action with allies, or to protect America's national interest. The first condition is arguably present in , but the muddled composition of the rebel forces has generated caution about U.S. arms falling into the hands of terrorist elements hostile to this country.

Also, Russian opposition within to military intervention inhibits Obama's goal of greater international engagement in the . Getting all American combat forces out of the region has been a centerpiece of Obama's foreign policy from the start of his presidency.

The dissolution of the in 1989 and the end of the Cold War was widely seen as an opportunity for to pivot to its own pressing domestic problems. Sharp cuts in defense spending were anticipated as a bonus with which the address them.

Instead, the ramifications of the 2001 terrorist attacks on American soil, requiring the retaliatory response in , and then the 2003 invasion of choice into , severely altered that more hopeful outlook.

After more than five years in office, Obama still wrestles with more limited American foreign-policy responsibilities as a world leader, while struggling to move from what he has deplored as "a permanent wartime footing" toward a post-Cold War peacetime normalcy.

Given, however, the state of the 21st century reality of regional wars in the , and elsewhere, Obama faces no easy path as he strives to make the best of a world he never anticipated, or wished for.